Grammy winner Patti Labelle was rushed off stage in Milwaukee Saturday night after a bomb threat.

Patti LaBelle was performing at the Riverside Theater. A video captured by sunny_seokkie on Twitter shows what happened from the audience's viewpoint.

LaBelle was speaking to the crowd through a microphone when security suddenly rushed to her side. LaBelle was taken off the stage immediately by the guards. LaBelle's musicians quickly followed.

Catherine Brunson recorded a video of the confusion and shocking moments inside the Riverside theater during the evacuation.

"Some people were sitting down, and some people got up and just started walking out," said Brunson. "I was one of them. I was sitting down like, wait, did I just hear that right?"

Milwaukee police responded to the theater before 10:30 p.m. Saturday night. 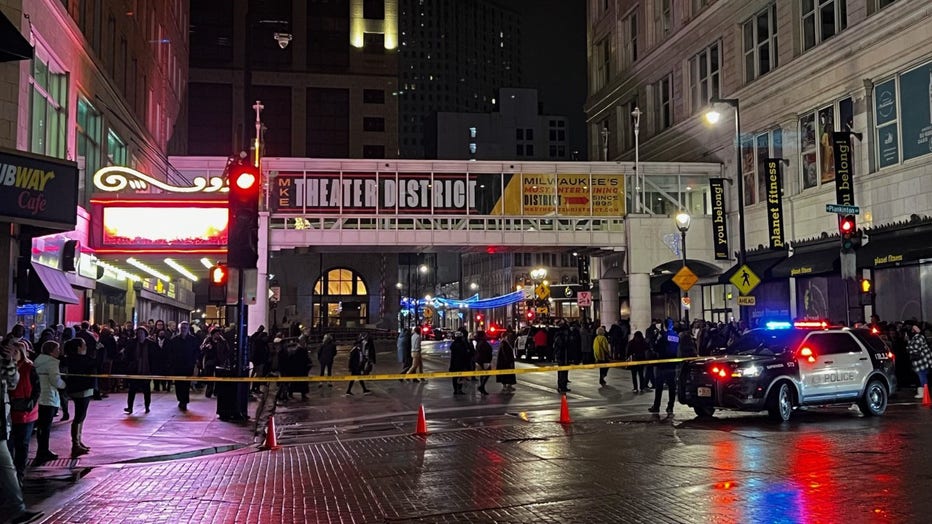 Police cleared the building, and K9s came in to search. Police said everyone inside the theater was safely evacuated, and no explosives were found.

People in the audience said the R&B legend wasn't on stage long before the evacuation.

Pabst Theater Group officials said they were working with LaBelle to reschedule the show.

"It’s a bummer. Yes. Yes. It was a lot of people mad," said Brunson. "It was Christmas gifts for some people, birthday gifts for others."

Pabst Theater Group sent out a tweet saying that the show had been postponed.