Police have released body camera footage from the scene of the "Rust" film set where Alec Baldwin fatally shot Halyna Hutchins while filming a scene for the movie. The shooting is still under investigation and a wrongful death lawsuit has been filed against the production and Baldwin on behalf of Hutchins' family.

Saying he wants to clear his name, Alec Baldwin on Friday sued people involved in handling and supplying the loaded gun that he was using when it fired, killing cinematographer Halyna Hutchins during a 2021 filming accident in New Mexico.

Baldwin filed a cross-complaint in Superior Court in Los Angeles alleging negligence against some of the people sued by a script supervisor, Mamie Mitchell. Among other things, it seeks a share of any damages that Mitchell may win from the people Baldwin names and asks that they pay for any damages assessed against him.

Mitchell was standing behind Hutchins, who died shortly after being wounded during setup for a scene in the western movie "Rust" at a film set ranch on the outskirts of Santa Fe on Oct. 21, 2021.

Mitchell sued Baldwin, who was a producer on the film, the production company and many others involved for assault and negligence. 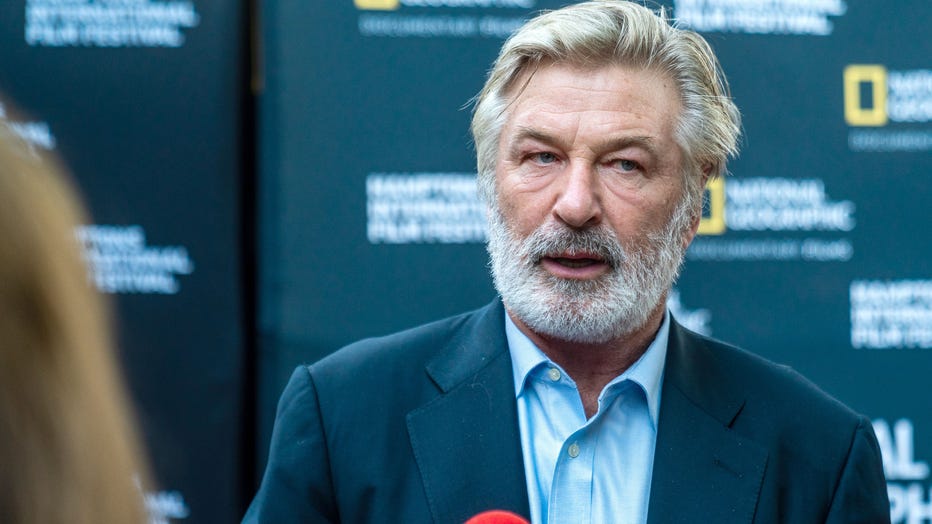 In his cross-complaint, Baldwin says that while working on camera angles with Hutchins during rehearsal for a scene, he pointed the gun in her direction and pulled back and released the hammer of the gun, which discharged.

The shot fatally wounded Hutchins and wounded director Joel Souza in the shoulder.

The actor said neither he nor Hutchins knew the weapon contained a live round. 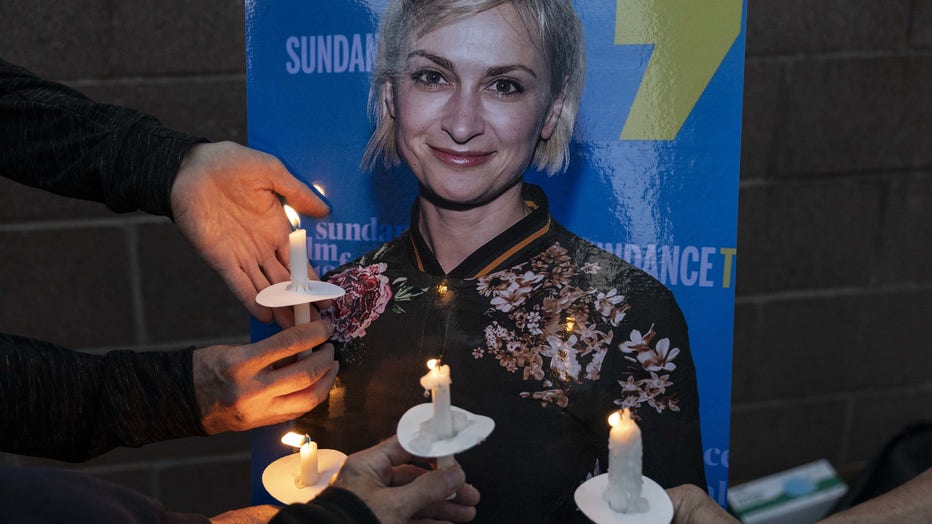 Locals and members of the local film community mourn the loss of cinematographer Halyna Hutchins, who died after being shot by Alec Baldwin on the set of his movie "Rust" at a vigil in Albuquerque, New Mexico, U.S., October 23, 2021. (Photo by Mostaf

"This tragedy occurred on a movie set — not a gun range, not a battlefield, not a location where even a remote possibility should exist that a gun would contain live ammunition," the lawsuit said.

Baldwin has maintained he was told the gun was safe and that he did not pull the trigger. But a recent FBI forensic report found the weapon could not have fired unless the trigger was pulled.

"More than anyone else on that set, Baldwin has been wrongfully viewed as the perpetrator of this tragedy. By these cross-claims, Baldwin seeks to clear his name," the actor's lawsuit says.

Baldwin’s cross-complaint says he has lost opportunities and been fired from jobs because of the shooting and also "has suffered physically and emotionally from the grief caused by these events."

New Mexico’s Office of the Medical Investigator determined the shooting was an accident. However, prosecutors are reviewing the shooting to determine whether criminal charges should be filed. 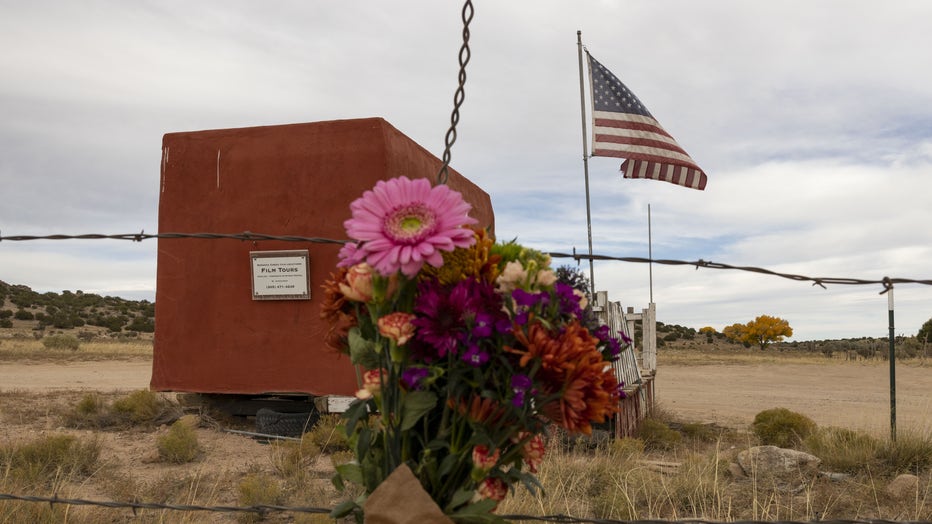 Flowers are seen in the entrance to the film set of "Rust" after Hollywood actor Alec Baldwin fatally shot a cinematographer and wounded a director when he discharged a prop gun on the movie set in Santa Fe, New Mexico, U.S., October 23, 2021. (Photo

In April, New Mexico’s Occupational Health and Safety Bureau imposed the maximum fine of $137,000 against Rust Movie Productions and distributed a scathing narrative of safety failures, including testimony that production managers took limited or no action to address two misfires of blank ammunition on set prior to the fatal shooting.

The company is challenging the fine.

All have previously denied responsibility for the fatal shooting.

In October, Hutchins' family announced they had agreed to settle another lawsuit against the actor and the movie’s producers, and producers said they aimed to restart the project in January.

Alec Baldwin, "Rust" producers and the family of cinematographer Halyna Hutchins have reached a settlement. Hutchins died when a gun Baldwin was holding fired while practicing a shot for the film "Rust" on the New Mexico movie set Oct. 21, 2021. The group had been rehearsing in a small church on the set.

A lawyer for Ms. Gutierrez-Reed, Jason Bowles said he was reviewing Baldwin’s lawsuit. Attorneys for other defendants did not immediately respond to requests for comment, the New York Times reported.