An arrest warrant states that 18 bullets were fired into a Plano Airbnb rental filled with high schoolers celebrating a birthday last Saturday.

An arrest warrant states that 18 bullets were fired into a Plano Airbnb rental filled with high schoolers celebrating a birthday last Saturday.

One of those bullets hit and killed Allen High School football player Marquel Ellis, Jr., 16. Kemond Smith, 17, is in jail for the shooting and has been charged with murder.

The US Marshals have been called in to find a second suspect, Christian Hill, 18, who was singled out by two different witnesses. Plano police said they previously questioned Hill about the case. 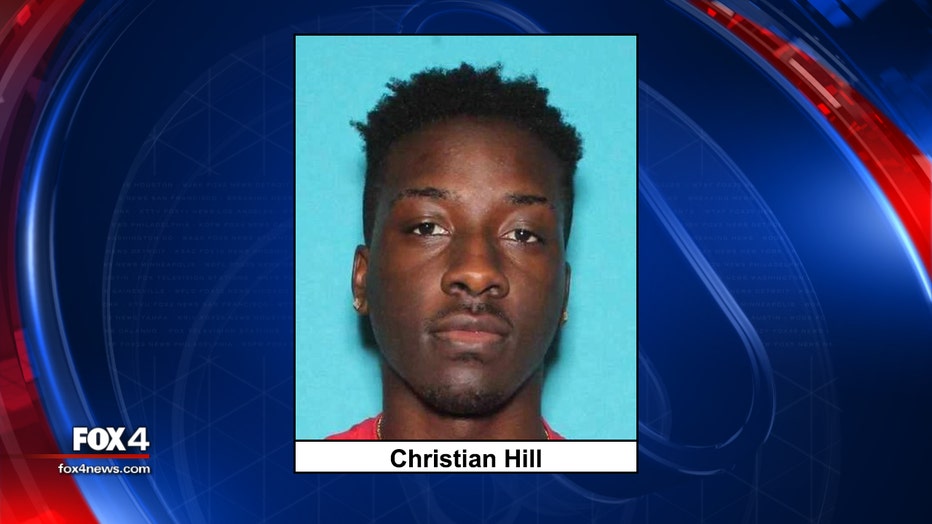 “They were outside firing guns into a home that they knew was fully occupied, knowing that there was going to be a high risk that somebody was gonna get hit,” said Plano PD’s David Tilley.

According to Smith’s arrest affidavit, a witness told police they saw another shooter with him -- Hill.

“What we believe in this point in time is that they were just upset because they got kicked out of the party,” Tilley said.

Smith and Hill were part of an uninvited in a group of four who were asked to leave, police said.

The affidavit shows police talked to four different witnesses. One was driving on Peachtree Lane, saw the group leaving the home, “walk to a white colored 4-door passenger car…” and fire multiple gunshots towards the home.

According to the affidavit, Hill had spoken with Plano police detectives voluntarily the day after the shooting. He claimed that he and his friends only heard the gunshots as they drove away.

“At the time he came in, we didn’t have any reason to believe any involvement in it,” Tilley said.

According to the records, one of them heard Smith “talking about being upset because they were kicked out…” and saw both “[Christian] Hill and [Kemond] Smith each holding a gun and shooting at the residence”

Investigators say at least 18 shots were fired and they matched 9mm casings from the scene to two different guns.

“He’s in the wind right now but I can promise you one thing, with our detectives and the US Marshals involved, he will be caught,” Tilley said.