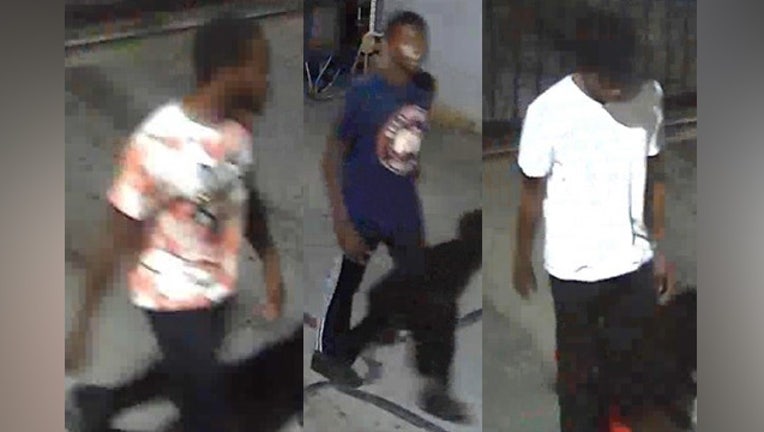 Police and Crime Stoppers are asking for the public's help identifying three suspects wanted in the shooting of a Houston teen. (Crime Stoppers of Houston)

HOUSTON - Police are asking for the public’s help identifying three suspects wanted in connection to the shooting of a teen at a southwest Houston apartment complex.

Authorities say the teen was walking with a friend in the apartment complex on Forum West Drive on September 8 when they were approached by the suspects, who asked for directions to the pool.

Police say one of the suspects asked what kind of the phone the victim had, and the teens, fearing for their safety, tried to escape by running away.

Investigators say one of the suspects pulled out a gun and shot at the teens. The victim was shot multiple times and taken to the hospital.