A weekend of commemorations here in North Texas will honor the victims of the 9/11 attacks and first responders.

DALLAS - A weekend of commemorations here in North Texas will honor the victims of the 9/11 attacks and first responders.

For many, it is an opportunity to give public service or to connect with younger people who were born after the attacks.

Sunday marks 21 years since 9/11. It was a day that shaped the lives of countless Americans.

Those directly impacted by 9/11 shared some of their personal stories.

There were hundreds of volunteers at DFW National Cemetery Friday to take part in a 9/11 Day of Service and remembrance.

"I'm amazed at how many volunteers are here. That's neat," said one volunteer, whose brother serves in the military. "This is our first year doing this. Yeah, we heard about it through our church."

Another volunteer’s husband served in the military and is now a police officer.

They were part of the group that worked together to clean the headstones and help beautify the sacred grounds. 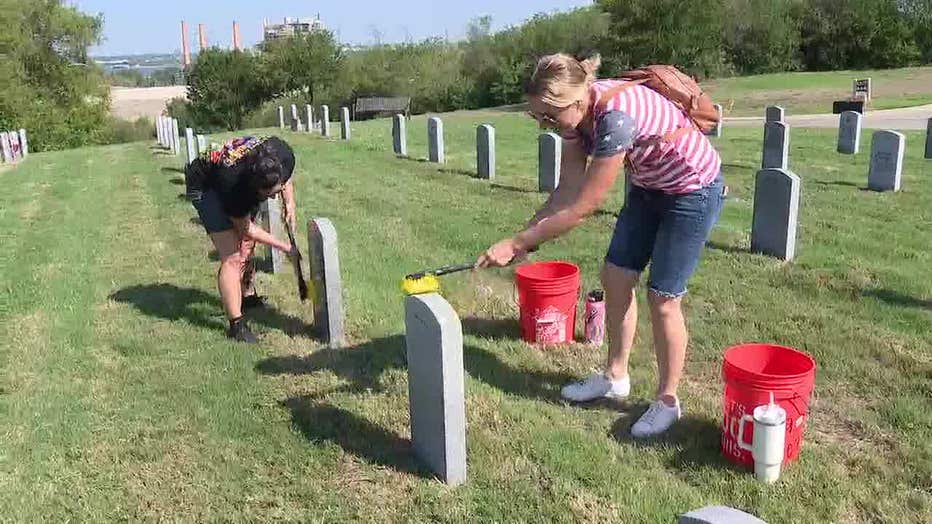 The event, which was organized by Carry the Load, brought together people directly impacted by 9/11 and others who want to show they care.

"I remember exactly where I was that day as those events unfolded. That lit a fire in me and countless others," Navy veteran Cody Bandars recalled.

The 9/11 terror attacks prompted Bandars to join the military when he was old enough to enlist.

He served as a Navy Seal from 2010 to 2017. He said these events are about performing acts of service.

On Sunday, Bandars said he’ll be making calls to current service members to make sure they’re okay. His job that day will be to listen.

"Millions of people served in a post 9/11 global war on terror and answered the call to be police, fire, first responders," Bandars said.

That included Clint Elsasser, who is the dean of Vanguard High School in Mesquite ISD.

In 2001, Elsasser served as a volunteer in New York City during the weeks following the attacks.

He spoke about his experience at a remembrance event at the school. All of the were students born after the attack.

"Every night we would go and spend time with firefighters and responders," Elsasser recalled.

After assisting cleaning crews during the day, he would help cook dinner for firefighters who would debrief their feelings after dinner time in an attempt to relieve some stress.

It's a time he'll never forget.