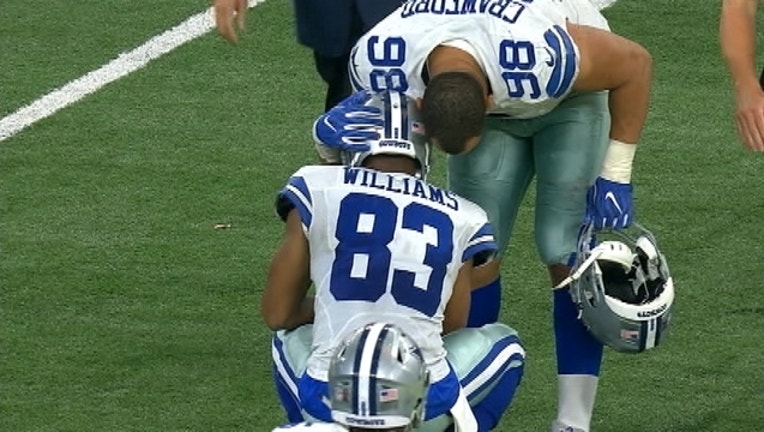 FRISCO, Texas (AP) - The Dallas Cowboys have signed the four players who agreed to contracts on a busy second day of free agency, including the return of Terrance Williams as the No. 2 receiver behind Dez Bryant.

Williams signed his $17 million, four-year deal Saturday, while the three newcomers - cornerback Nolan Carroll and defensive linemen Stephen Paea and Demontra Moore - all signed Monday when the deals were announced. The agreements were reached Friday.

Carroll joins Dallas from NFC East rival Philadelphia on a $10 million, three-year deal. Paea, a defensive tackle who was with Cleveland last season, and Moore, a defensive end for Seattle a year ago, signed one-year deals.