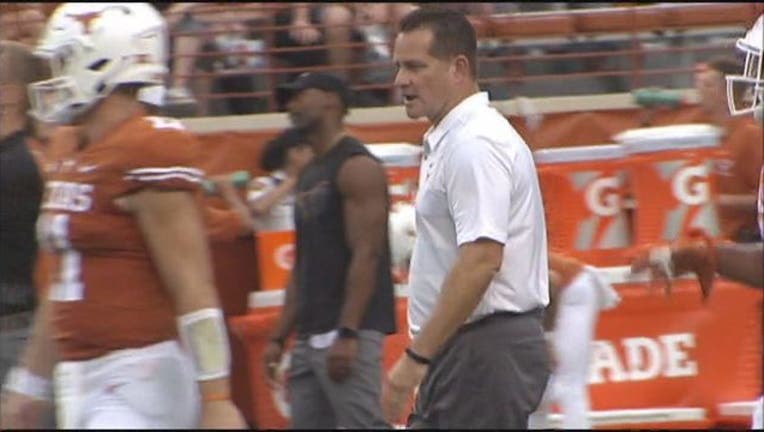 AUSTIN, Texas (AP) - Texas offensive coordinator and quarterbacks coach Tim Beck has been hospitalized to treat an infection and will miss the No. 18 Longhorns' game Saturday at Kansas State.

Head athletic trainer Anthony Pass said Friday that Beck should return to the team Sunday. No further details were provided. The Longhorns (3-1, 1-0 Big 12) have lost their last five games in Manhattan, Kansas, and haven't won there since 2002.

Coach Tom Herman said the staff will collaborate on play calling against the Wildcats (2-2, 0-1). Texas' Sam Ehlinger is the first Longhorns quarterback to throw for at least 200 yards and two touchdowns in each of the first four games of a season.