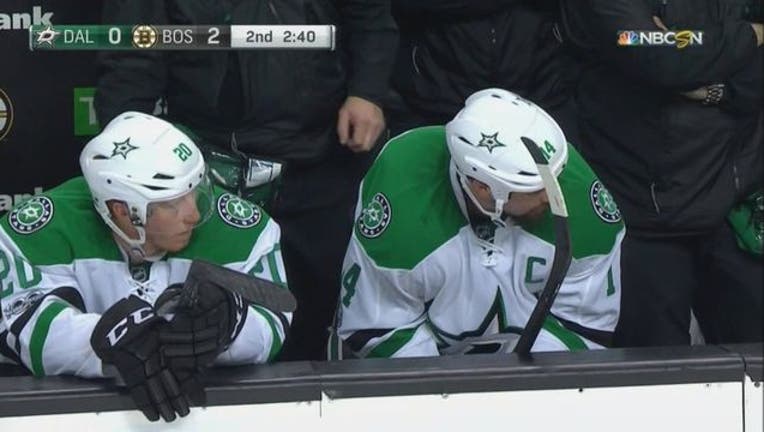 BOSTON (AP) - Tuukka Rask made 27 saves for his seventh shutout of the season and the Boston Bruins beat the Dallas Stars 2-0 on Thursday night.

Boston won its third straight and stayed three points ahead of Tampa Bay for third place in the Atlantic Division with one game in hand.

Rask has won two straight since struggling for a stretch. He had allowed 18 goals during a four-game losing streak.

Brad Marchand gave Boston a 1-0 lead when he jammed a shot past goalie Antti Niemi at 15:14 of the first period.

Niemi had 22 saves and is now winless in his last five appearances.

Torey Krug added an insurance goal early in the second period when he converted a perfect feed from David Pastrnak.