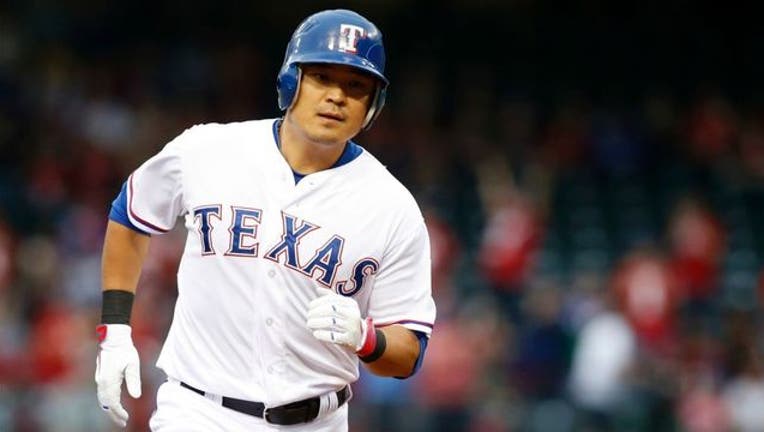 ARLINGTON, Texas (AP) — Shin-Soo Choo is back on the disabled list after the right fielder played only one game in his return to the Texas Rangers.

The Rangers put Choo on the 15-day DL on Monday with a strained left hamstring.

Choo had been out since April 9 because of a strained right calf when he was activated before Friday's game at Houston. He walked twice in his only at-bats before leaving the game with the hamstring issue. He didn't play the rest of the series, so the DL move is retroactive to Saturday.

Outfielder Drew Stubbs was also hurt. He was dealing with a sprained left little toe he suffered while running the bases Sunday.