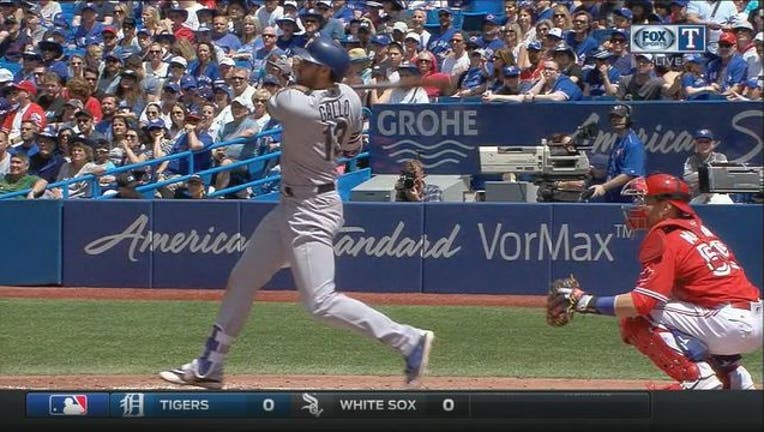 Toronto had won five in a row.

Keone Kela pitched the eighth. Matt Bush gave up a pair of singles in the ninth but held on for his sixth save.

Gallo hit an opposite field solo shot to left off Joe Biagini (1-3) in the fourth, his eighth homer in May. Gallo ranks third among AL home run leaders, one behind Mike Trout of the Angels and Aaron Judge of the Yankees.

Elvis Andrus had three hits and scored twice as the Rangers improved to 9-18 on the road.

Making his fifth start since joining the rotation earlier this month, Biagini allowed two runs and seven hits in a career-high six innings. His seven strikeouts were also were a personal best.

Toronto got a run in the first when Kevin Pillar hit a leadoff double and later scored on Jose Bautista's sacrifice fly.

Texas tied it in the third when Andrus singled and stole second before coming around on Jonathan Lucroy's two-out single. Andrus added an insurance run when he scored on Dominic Leone's wild pitch in the seventh.

Rangers: LHP Dario Alvarez was put on the 10-day DL, retroactive to May 26, because of a strained left elbow. Texas recalled INF-OF Drew Robinson from Triple-A Round Rock.

Blue Jays: LHP Francisco Liriano (shoulder) was scheduled to make his first minor league rehab start for Triple-A Buffalo on Sunday night. ... 3B Josh Donaldson and SS Troy Tulowitzki returned to the lineup after getting the day off Saturday.