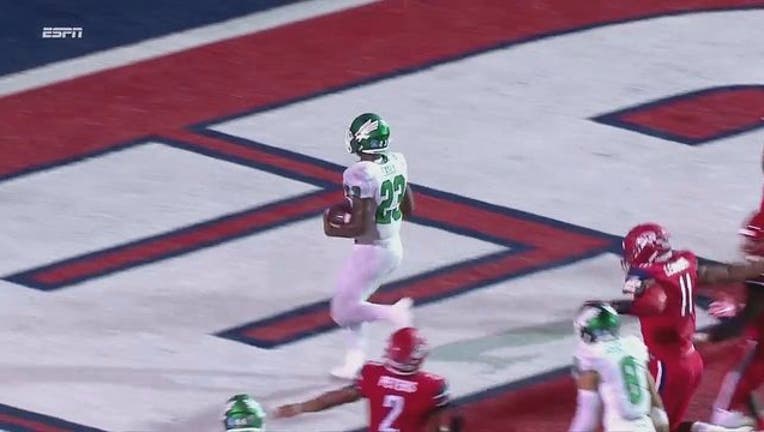 LYNCHBURG, Va. (AP) - Loren Easly rushed for 177 yards and two touchdowns as North Texas jumped out to an early lead and coasted to a 47-7 victory over Liberty on Saturday night to remain undefeated on the season.

Mason Fine hit Jaelon Darden on a 6-yard TD toss and found Rico Bussey Jr. on a 22-yard scoring strike to take a 14-0 lead in the first quarter. The Mean Green (4-0) pushed the lead to 21-7 at the half. The North Texas defense kept Liberty off the scoreboard in the second half while adding three more touchdowns, capped by Nic Smith's 66-yard burst for the final score.

North Texas was coming off a 44-17 victory over Arkansas last week, its first win over an SEC opponent in more than 40 years.

The teams faced a 42-minute lightning delay before the game and another short one in the second half.