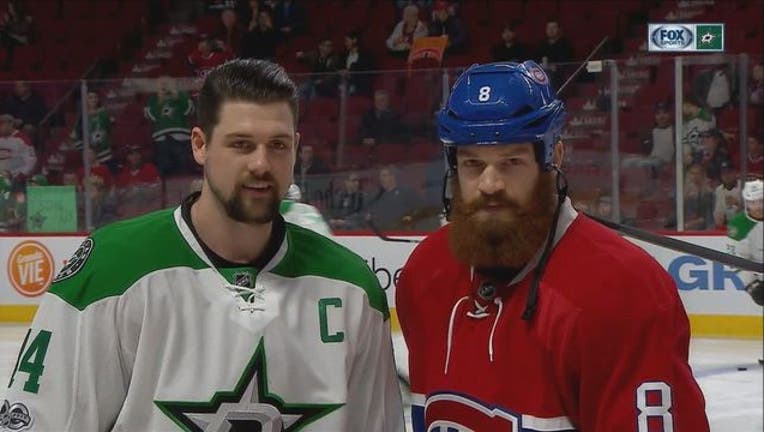 MONTREAL (AP) - Brendan Gallagher put Montreal ahead early in the third period and the Canadiens went on to a 4-1 victory over the Dallas Stars on Tuesday night.

Curtis McKenzie scored for Dallas, which ended a four-game points streak. The Stars were playing for the first time since learning they had been eliminated from playoff contention. Kari Lehtonen had 32 saves.

Gallagher put Monreal ahead 2-1 at 3:31 of the third as he got the puck, broke down the left side and beat Lehtonen with a high wrist shot inside the near post.

The game marked the first time brothers Jamie and Jordie Benn played against one another in the NHL. Jordie Benn was traded by the Canadiens to Dallas in February.