TxDOT is weighing its options about what to do with a major Downtown Dallas interstate.

DALLAS - TxDOT is weighing its options about what to do with a major Downtown Dallas interstate.

I-345 borders the east side of Downtown Dallas, connecting I-45 and I-75, from Interstate 30 to Woodall Rodgers Freeway.

As it nears the end of its lifespan, the replacement options range from depressing the freeway, to turning it into a city street.

Every day, about 180,000 people travel along the stretch of interstate.

TxDOT officials have said now is the time for them to speak out about the ideas that could have a big impact on peoples' daily commute.

“The big concern is the traffic and where it is going to go,” said Michael Przekwas, with the neighborhood group, The Cedars Collective.

Przekwas is concerned some of the ideas for remaking I-345 could do more harm than good.

“It might inhibit the neighborhood that is finally starting to develop in a big way,” he added.

TxDOT is gearing up to launch a two-year study.

Among the ideas: Drop the elevated highway below grade, similar to North Central Expressway, or reconstruct it with fewer on and off ramps, or remove it altogether.

In its place would be a parkway, which would deliberately slow the commute with stoplights through downtown.

“Removal, there would be impacts to the traffic,” said Tony Hartzel, communications director for TxDOT Dallas. “We'd want to understand what those are. Doing traffic studies to quantify that, but also want to hear from people.”

To get the message out, TxDOT is doing something different - using its electronic signs to advertise three public meetings that start Monday, December 2.

“It's important to get that input, that's why we scheduled three meetings in one week,” Hartzel added. 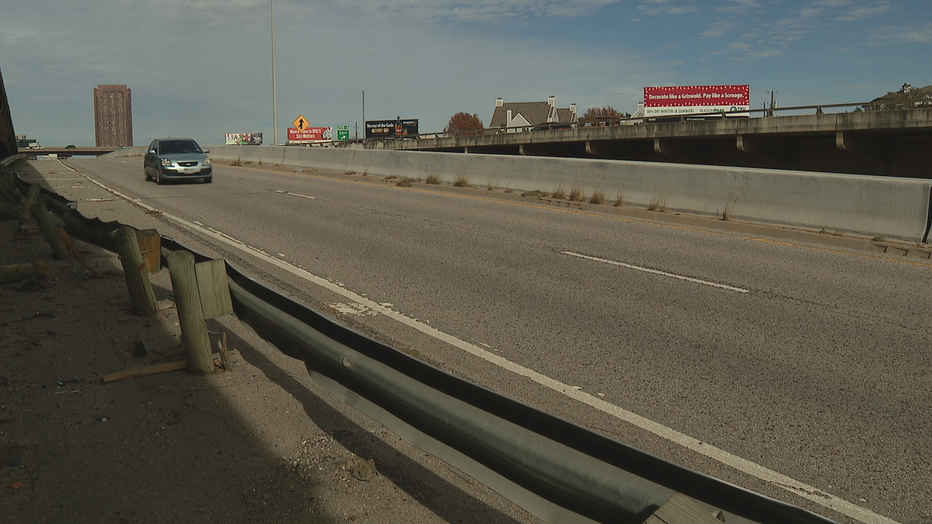 Hartzel said TxDOT is at this point because the bridge that opened in 1973 is aging.

So another option is to simply do nothing. That’s the option Przekwas likes the best.

In a statement to constituents, State Senator Royce West said, "…discussion to level this heavily-used roadway was initiated by realtors and developers...they see the land beneath this publicly owned section of the interstate...as ripe for private development."

TxDOT's renderings seem to illustrate that leaving I-345 as is doesn't open up land for development, as other options would.

Przekwas said people who live in The Cedars are skeptical.

“They feel it is just a land grab by developers,” he said.

West said that a lot of the commuters who use the stretch of interstate are traveling to Texas Health Presbyterian and Medical City complexes, the Telecom Corridor, and Dallas ISD's new headquarters.

Click here for the times and locations for TxDOT’s public meetings.