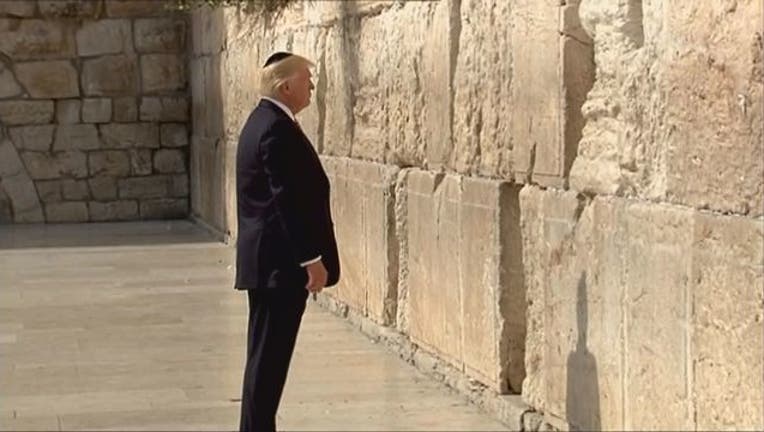 Last month at the Western Wall in Jerusalem

WASHINGTON (AP) - President Donald Trump has temporarily waived a law requiring the U.S. to move its embassy in Israel to Jerusalem to maximize chances of reaching a peace deal between Israelis and Palestinians.

But press secretary Sean Spicer says Trump still intends to move the embassy from Tel Aviv. Spicer says, "The question is not if that move happens, but only when."