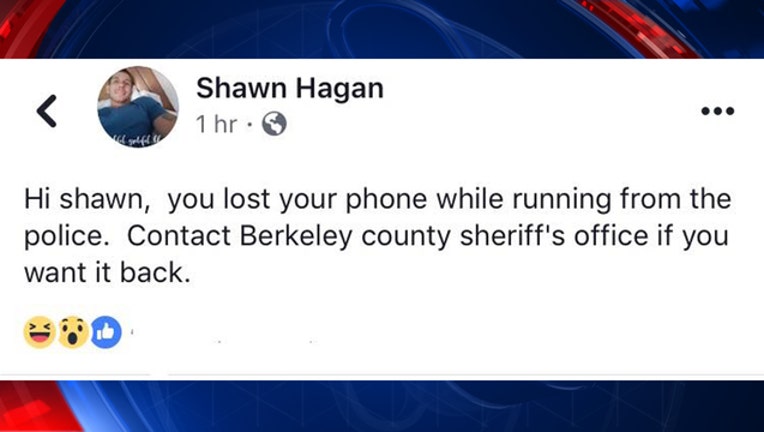 MONCKS CORNER, S.C. (FOX 13) - Authorities in South Carolina trolled a man on Facebook after he dropped his phone while running away from them, they said.

After the suspect, Shawn Hagan, dropped his phone, deputies with the Berkeley County Sheriff’s Office picked it up. Then, they posted the following on his Facebook page, “Hi shawn, you lost your phone while running from the police. Contact Berkeley county sheriff’s office if you want it back.”

They also wrote, "Next time, secure all valuables before running."

A screenshot of the post was shared on the agency’s Facebook page, racking up lots of attention and laughs.

Hagan has since been located and faces charges for fleeing and drug possession.