Tupps Brewery in McKinney is once again serving up beer on tap. The taproom reopened as a bar Wednesday after Gov. Greg Abbott allowed bars to reopen at 50 percent capacity if county judges opted in.

MCKINNEY, Texas - Bars across North Texas were allowed to reopen at 50 percent capacity on Wednesday for counties that opted in.

Many bars transitioned into restaurants to survive. Others have held out, hoping for this day to come.

Tupps Brewery in McKinney is once again serving up beer on tap. The taproom reopened as a bar Wednesday after Gov. Greg Abbott allowed bars to reopen at 50% capacity if county judges opted in.

Collin County Judge Chris Hill opted in, as well as judges in Denton and Tarrant counties. Dallas County did not opt-in. 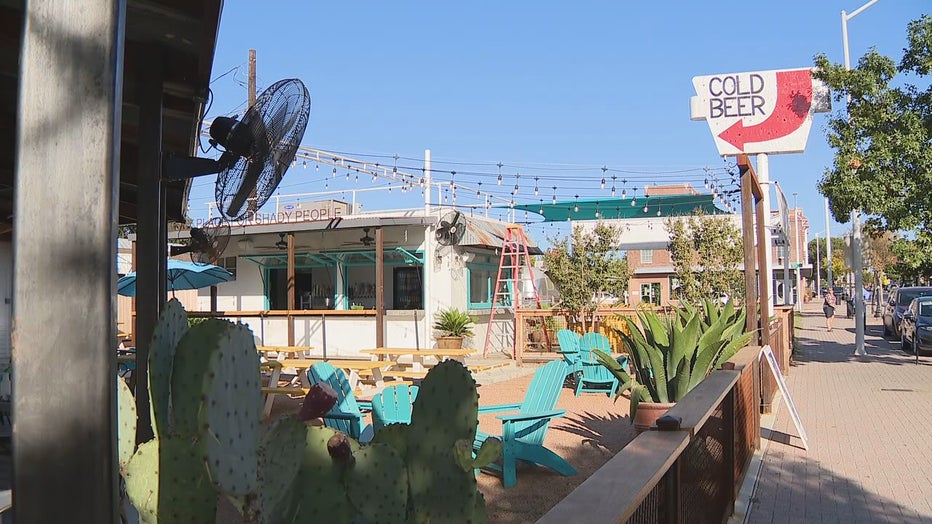 Brewery owner Kevin Lewis says the majority of his sales during the pandemic have been curbside beer pick-up and sales at grocery stores.

“Everybody is tired of sitting at home. We know that. They want to come in and visit the brewery,” he said.

Tupps added the Barley Gastrovan for food, but it still hasn’t been full swing there yet.

“I think it’s nice to be out again, honestly,” One couple said. “We wouldn’t come out if we didn’t feel safe.”

The Celt in downtown McKinney did what about one in five bars have done since the pandemic in the state of Texas, according to the TABC. It converted to a restaurant, by definition, selling mostly food, rather than drinks to be able to be open sooner than bars.

“They’re spending more because people are now supporting us purchasing food,” he said. “They’re finding out our food is actually pretty good.”

Penn is still keeping his occupancy below 50% for safety to keep people socially distanced. He says bars reopening Wednesday in Collin County really doesn’t affect him.

“No impact on us. I’m not aware it really impacted any restaurants or bars in McKinney because they’re pretty much all restaurants now,” he said.

Both of the bars in McKinney have outdoor spaces, which people seem to prefer. It’s another way to try to keep people safe.