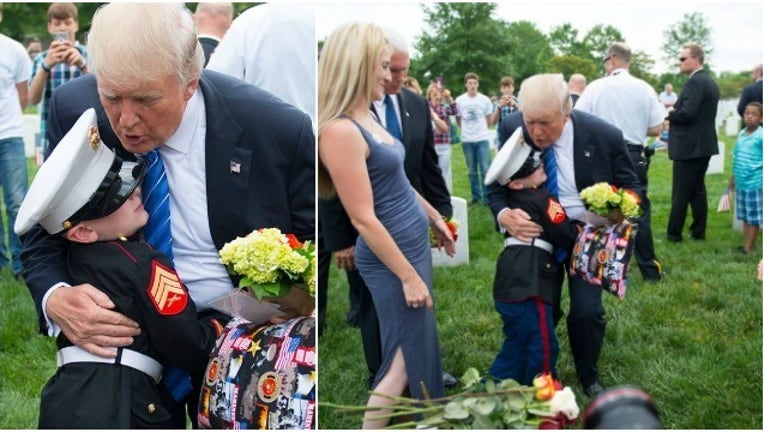 Marine Sgt. Christopher Jacobs died in a training accident in 2011 when Christian was just 8-months-old. Every year, Christian and his mother, Brittany Jacobs, visit his grave on Memorial Day.

Accompanied by Vice President Mike Pence, President Trump walked among the white marble headstones and greeted Gold Star families, including Brittany and Christian, who was dressed like a Marine.

President Trump greeted Christian with a high five, but a photo of the two hugging has garnered thousands of likes on Facebook.

Christian asked if he wanted to see his father's headstone and "meet my daddy," and Trump accepted the invitation.

Brittany said it was surreal to see her son talking to the president.

"We didn't expect it. We were hoping we'd get to see him there that day," she said. "And it was just amazing."

Christian, who wants to be a Marine like his father, had one word to describe the experience: "Awesome."