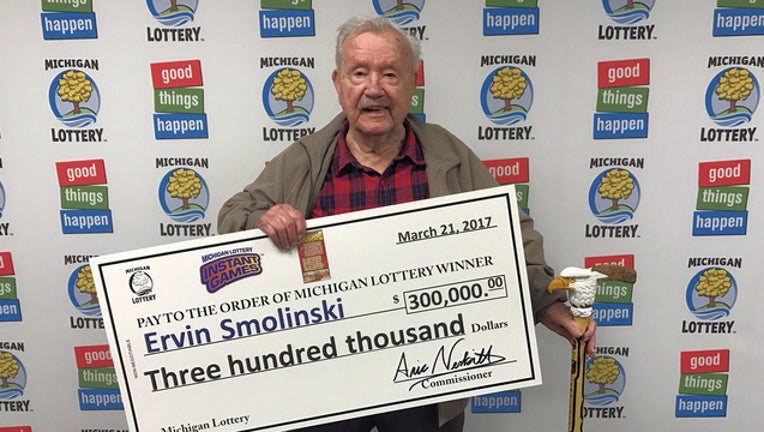 Ervin Smolinski says he remained calm after scratching off the big winner. He says his son-in-law was more worked up than he was.

For the next few days, Smolinski kept checking to make sure he had the ticket and that what he was reading was real.

"I wanted to keep the ticket safe, so I kept it in my pocket," Smolinski said in a press release from MI Lottery. "I got a little nervous about that, because a lot of time I'll toss the paper I accumulate in my pocket into my wood burner. Luckily that didn't happen with my ticket."

Smolinski claimed his big prize on Tuesday. He says he's always been frugal, and that he plans to invest, buy a new shed and buy a newer used car.

Smolinski's daughter-in-law bought the winning Double Bonus Cashword instant game ticket at the CVS on Middlebelt Road in Farmington Hills and mailed it to Ervin, who lives in South Branch.