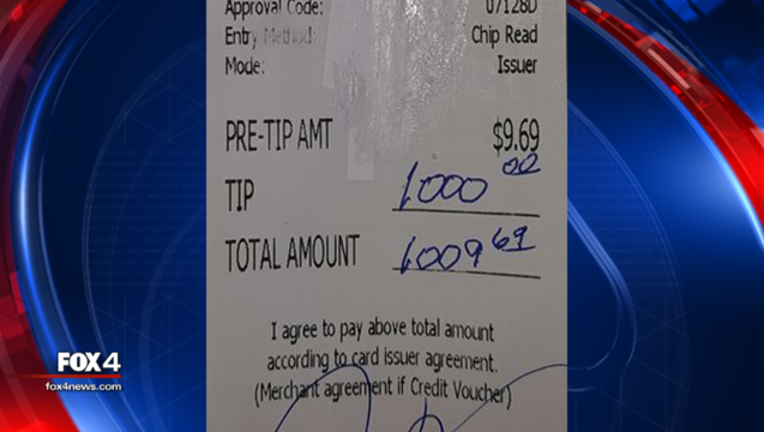 GUN BARREL CITY - A college-bound East Texas waitress was left in tears after receiving a $1,000 tip from a customer.

Alesha Palmer says she was so stunned by the gift she began crying in the middle of Vetoni's Italian Restaurant in Gun Barrel City, a small community about 50 miles southeast of Dallas.

The 18-year-old high school senior told Tyler television station KLTV that she was serving a couple she knew last weekend and they asked about her college plans. She says she told them her parents would be helping her pay for it.

Another customer who was seated nearby got up to leave and approached the restaurant owner. She says after he left, she asked if everything was all right and her boss showed her the receipt with the huge tip from the man, who asked to remain anonymous.

The owner posted on the restaurant’s Facebook page saying, “There are still wonderful people out there in this difficult world.”

The owner encouraged other people to take note of the generous customer and also pay it forward.