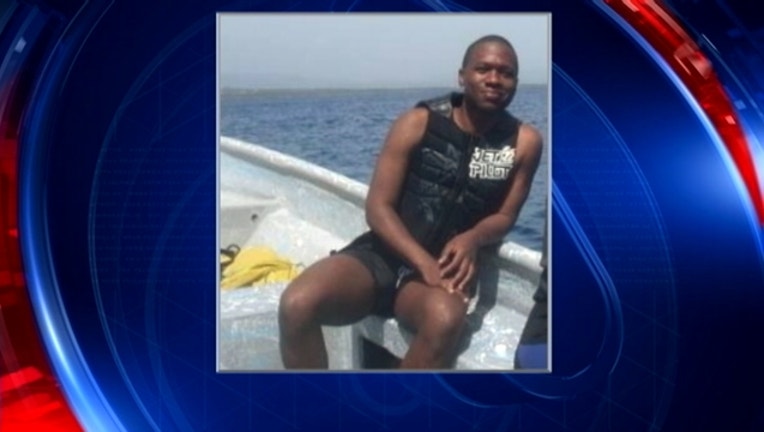 NEW YORK - A former journalist fired for fabricating details in stories made at least eight of the scores of threats against Jewish institutions nationwide, including a bomb threat to New York's Anti-Defamation League, as part of a bizarre campaign to harass and frame his ex-girlfriend, federal officials said Friday.

Juan Thompson, 31, was arrested in St. Louis and appeared there in federal court Friday on a cyberstalking charge. He politely answered questions and told the judge he had enough money to hire a lawyer.

A crowd of supporters who attended would say only that Thompson had no criminal record. His lawyer didn't comment.

Federal officials have been investigating 122 bomb threats called in to Jewish organizations in three dozen states since Jan. 9 as well as a rash of vandalism at Jewish cemeteries.

Thompson started making his own threats Jan. 28, a criminal complaint said, with an email to the Jewish History Museum in New York City written from an account that made it appear as if it was being sent by an ex-girlfriend.

"Juan Thompson put 2 bombs in the History Museum set to go off Sunday," it said.

He followed that up with similar messages to a Jewish school in Farmington Hills, Michigan, and to a school and community center in Manhattan, authorities said.

In another round of emails and phone calls, he gave the woman's name, rather than his own, the court complaint said. The Council on American-Islamic Relations received an anonymous email saying the woman put a bomb in a Dallas Jewish center.

But police say it was a hoax created to make the woman look guilty. He also made threats in which he identified the woman as the culprit, authorities said. It's not clear why Jewish organizations were targeted.

President Donald Trump suggested in a meeting Tuesday with state attorneys general that the threats against Jewish community centers may have been designed to make "others look bad," according to Pennsylvania Attorney General Josh Shapiro. Trump has also come forward to condemn violence against Jewish organizations.

Thompson was fired from the online publication The Intercept last year after being accused of fabricating several quotes and creating fake email accounts to impersonate people, including the Intercept's editor-in-chief. One of the stories involved Dylann Roof, the Charleston, South Carolina, church shooter. Thompson had written that a cousin named Scott Roof claimed the white gunman was angry that a love interest chose a black man over him. A review showed there was no cousin by that name. The story was retracted.

The Intercept wrote Friday it was "horrified" to learn of his arrest.

The Federal Communications Commission said Friday that it will grant an emergency waiver that allows Jewish community centers and their phone carriers to track the numbers of callers who make threats, even if the caller tries to block the number. It said U.S. Sen. Charles Schumer had requested such a waiver earlier in the week.

According to the criminal complaint, Thompson and the victim, a social worker, broke up last summer. The following day, her boss received an email purporting to be from a national news organization saying she'd been pulled over for drunken driving.

His IP address was used for the emails, but he told police his computer had been hacked, the complaint said.

The ADL said Thompson had been on its radar since he fabricated the story about Roof. According to ADL research, Thompson had also claimed that he wanted to dismantle the system of "racial supremacy and greedy capitalism that is stacked against us." He said he was going to run for mayor of St. Louis last year to "fight back against Trumpian fascism and socio-economic terrorism."

University City, Missouri, police Lt. Fredrick Lemons told the St. Louis Post-Dispatch that detectives will question Thompson about the 154 headstones toppled last month at a Jewish cemetery there. He declined to say whether Thompson was considered a suspect.