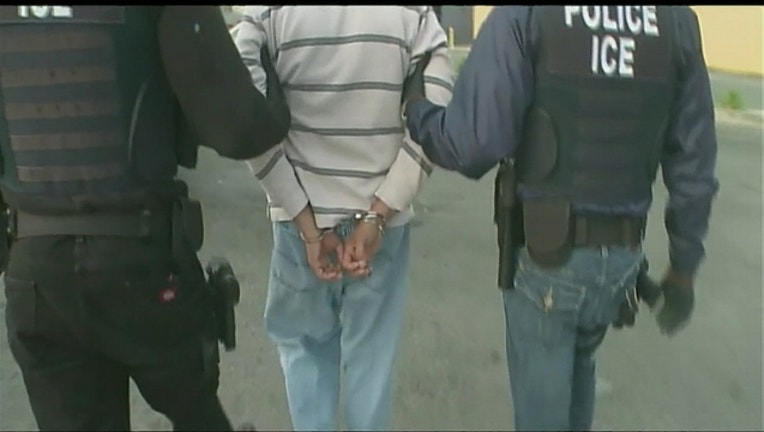 Arrests of people caught trying to sneak into the United States across the Mexican border plummeted in March to the lowest monthly figure in more than 17 years, the head of the Department of Homeland Security reported.

That's a likely sign that fewer immigrants are trying to make the trek into the United States.

Kelly reported the figures in written testimony submitted to a Senate committee ahead of an appearance Wednesday. The Associated Press obtained a copy of his testimony.

Though the Trump administration has not yet changed how the border is patrolled, the president's tough talk on immigration - including plans to build a border wall - and his stepped-up arrests of immigrants living in the country illegally have likely acted as deterrents.

It's unclear if the declines will continue. The number of people caught trying to enter the United States typically increases as the weather warms. Arrests during the normally slower winter months were higher than in past years. It is possible that some migrants rushed to the border after the election and before Trump took office.

It's also unclear if migrants are waiting south of the border to see how Trump's border security efforts and plans for a wall develop.

In his testimony for the Senate Homeland Security and Governmental Affairs Committee, Kelly said fewer than 12,500 people were caught crossing the border illegally last month. That compares with more than 43,000 in December.

Kelly has said his agency is considering separating parents and children as a way to dissuade parents from making the trek from Central America.

News of the dramatic decrease in arrests comes on the same day that proposals for Trump's border wall were due to the government. Last month, Customs and Border Protection published two notices asking for private companies to bid on the project. The government intended to have successful bidders build prototypes in San Diego this year before selecting a final design.

Homeland Security spokesman David Lapan told reporters Tuesday that while the Trump administration's budget request for a more than $2 billion down payment on the wall appears unlikely to win approval in Congress this year, Homeland Security has the money to start the process and fund the prototypes.