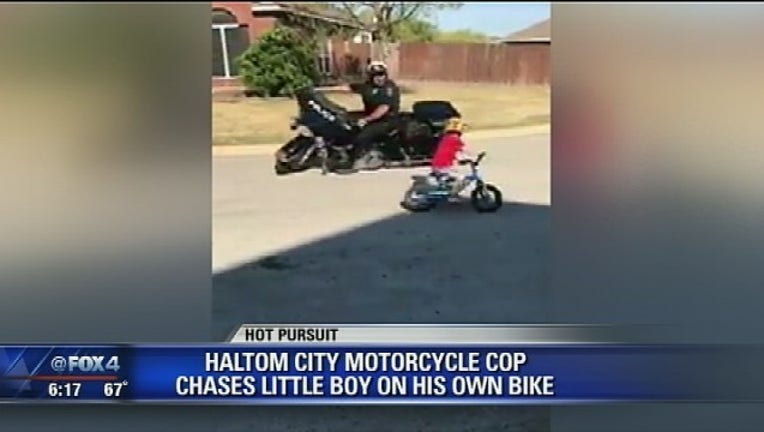 HALTOM CITY, Texas - A motorcycle officer tried his best to catch up with a little boy named Sawyer during a low-speed chase in the Fort Worth suburb of Haltom City.

The department said Sawyer was eventually caught and now faces up to 15 minutes in time out.