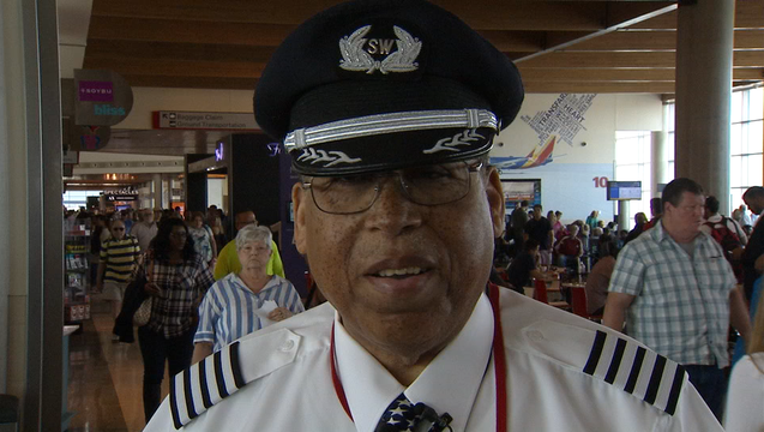 Freeman will leave an illustrious legacy behind him. He was the United States' first African-American Chief Pilot and he broke the color barrier in ROTC. Freeman also flew Rosa Parks' remains to her final resting place.

Freeman has been active in encouraging young African-Americans to consider being a pilot as an occupation.

"I do go way out of my way to try to educate young African-Americans because we don't typically see airlines and airplanes in our future. Just simply because were not exposed to them in our environment," Freeman said.

He will look back on his career as a pilot fondly.

"There is no worst part of the job," Freeman said. "I can't think of one day on the job that I'd just want to erase."

Freeman retires as the longest tenured pilot on the Southwest Airlines force.