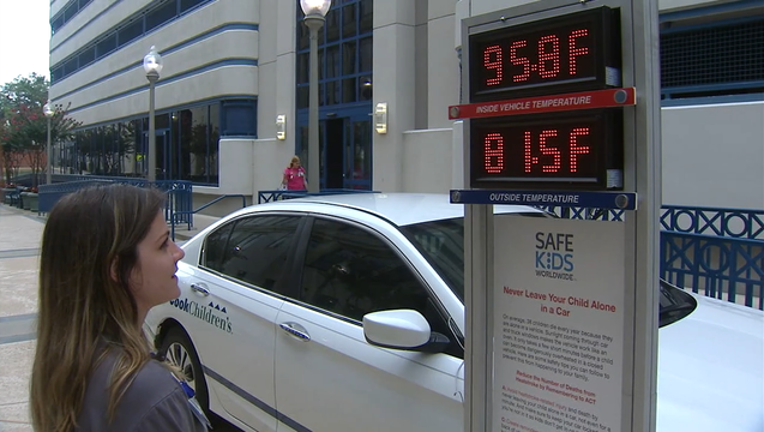 Cook Children's Hospital in Fort Worth set up a visual reminder of the danger of leaving children in hot cars.

Hospital employees and Haltom City Police worked together to set up a digital heat display, showing how quickly the temperature of a car can heat up, even on a cloudy day.

Hospital staff also gave parents tips on how to develop safe habits. An example of one of these habits is keeping a cell phone in the the car, so a parent will go back to the car and check on it. If a parent is frequently visiting the car, he or she will not leave a child there unattended for large periods of time.

"Families are very tired and exhausted with toddlers around the house so sometimes they are thinking they have already dropped them off and haven't," Dana Walraven of Cook  Children's Hospital said. "So put something back there like a cell phone, a purse, anything that will remind you to go back there."

Seven Texas children have died in hot cars this year, three of them in North Texas. A Parker County mother was charged with the deaths of two toddlers after leaving them in the car as punishment. Also, Fort Worth police say a 3-year-old boy died when he climbed into a parked car at his family's home. He was left there for 45 minutes before being found unresponsive.