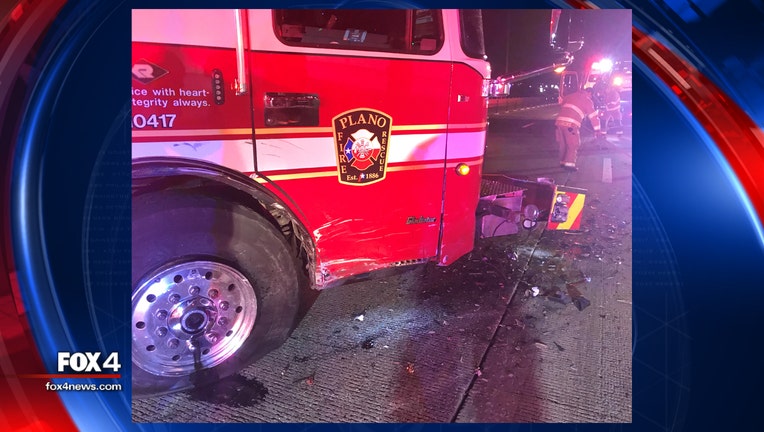 PLANO, Texas - A Plano Fire-Rescue firefighter was treated at a hospital after a driver crashed into a ladder truck that was blocking traffic early Sunday morning.

The truck was being used to divert traffic on the northbound side of 75 following a crash near Spring Creek Parkway just after 2 a.m.

In the initial crash, a person was trapped in a vehicle. Fire crews were able to get that person out, and take them to Medical City Plano.

While the ladder truck was blocking traffic until a wrecker arrived, another vehicle crashed into the truck.

A firefighter was taken to a hospital and later released after receiving treatment.

The driver who crashed into the ladder truck had to be extricated from their vehicle, and was taken to Medical City Plano with serious injuries.