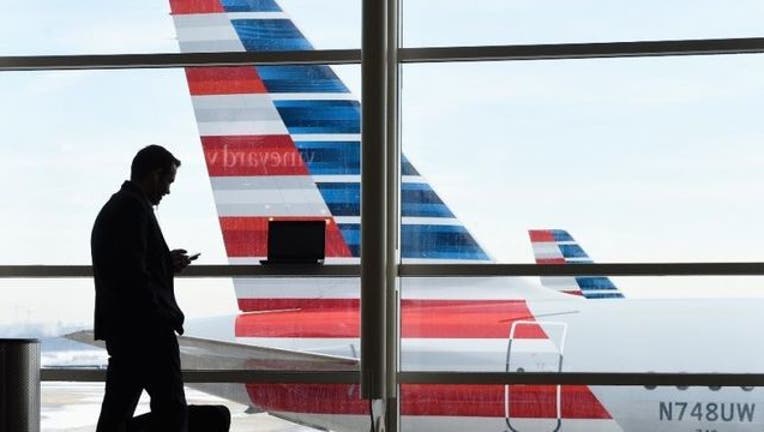 (Fox News) American Airlines on Friday responded quickly to a video that shows a sobbing mother with baby in arm after a confrontation with a member of the flight crew.

The initial reported confrontation was not in the video, but a passenger on the flight out of San Francisco said the employee “violently took a stroller from a lady with a baby” and hit her, “just missing the child.” The airline announced the worker was “removed from duty.”

A male passenger is seen getting up from his seat. He can be heard saying he wanted to know the worker’s name.

When another apparent employee gets on the plane, the same male passenger gets out of his seat again and says, “Hey bud, hey bud. You do that to me, and I’ll knock you flat.” The other man says, “You stay out of it,” then later, “Hit me.”

The flight landed around 7:45 p.m. at Dallas-Fort Worth International Airport.

American Airlines put out the following statement shortly after the plane landed.

We have seen the video and have already started an investigation to obtain the facts. What we see on this video does not reflect our values or how we care for our customers. We are deeply sorry for the pain we have caused this passenger and her family and to any other customers affected by the incident. We are making sure all of her family's needs are being met while she is in our care. After electing to take another flight, we are taking special care of her and her family and upgrading them to first class for the remainder of their international trip.

The Association of Professional Flight Attendants also released a statement.

The goal of our 26,000 members is to make every flight safe and secure for our passengers and crew.  All passengers deserve to be treated with respect. We also must assure that our flight attendants are treated respectfully and safely on board.

Our dedicated flight attendants at American strive every day to make the passenger experience the best in the industry.  However, this has become more challenging due to tight schedules, overcrowded planes, shrinking seats and limited overhead bin space. All of these factors are related to corporate decisions beyond the control of passengers and flight attendants.

There are really two stories here related to this incident aboard a San Francisco to Dallas flight. One, we don't know all of the facts related to a passenger who became distraught while boarding a plane and, therefore, neither the company nor the public should rush to judgment.

Second, it appears another passenger may have threatened a flight attendant with violence, which is a violation of federal law and no small matter. Air rage has become a serious issue on our flights.
We must obtain the full facts surrounding these incidents. Our passengers and the flight attendants deserve nothing less.

For the full story and video, visit http://www.foxnews.com/travel/2017/04/22/american-airlines-investigates-reported-confrontation-between-crew-member-mother.html