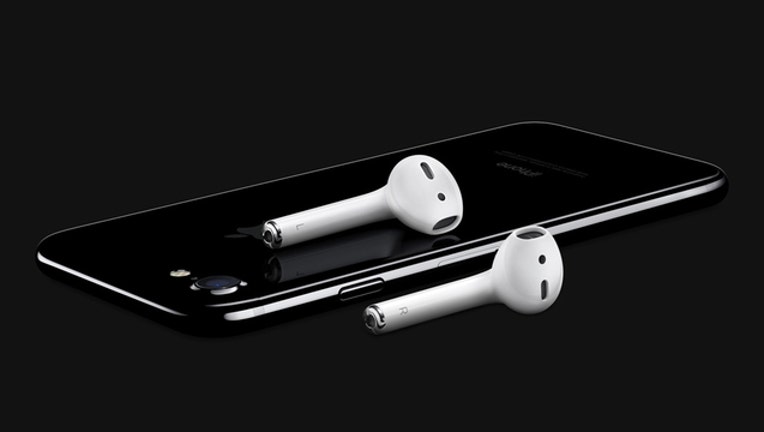 CUPERTINO, Calif. (AP) — Your iPhone will look and feel different with the iOS 10 software update.

It will be easier to move around and do more without switching apps, but the changes will take getting used to. The changes are the most dramatic since 2013, when Apple redesigned icons and introduced functions with swipes from various edges. Now, new things happen when you swipe, and you can handle more tasks from the lock screen.

If you aren't prompted for the free update Tuesday, go to "Software Update" under "General" in the settings.

Once you get it, here are some things to know about using it.

Swiping up from the bottom edge still gets you the Control Center with quick access to the flashlight, airplane mode and other frequent functions. But it's now split into multiple screens. Once Control Center is open, swipe to the left to get audio and video controls. Swipe left once more to control lights and other accessories through Apple's HomeKit automation system.

From the lock screen, you used to be able to access the camera by pulling up from the bottom right corner. Now, you swipe left from the right edge.

Swiping down from the top edge still gets you recent notifications, but your widgets and calendars have moved. Now, you get those by swiping right from the left edge. Those widgets join app and news recommendations that were already there.

MORE FROM THE LOCK SCREEN

The screen now turns on automatically when you lift your phone. You can do much more from the lock screen, such as viewing a photo from a friend or listening to a voice message.

Tapping the home button with fingerprint ID will unlock the phone, but won't necessarily get you the home screen. It will allow greater access to messages and other notifications from the lock screen, but you need to press the home button again to get to all your apps.

The Messages app has been redesigned to offer more expression options. After you type your message, hold the blue "up" arrow.

You can give the message a "loud" effect, so that it briefly appears huge to the recipient. "Invisible ink" hides the message until the recipient rubs a finger over it. (It's not meant for security, though, as there's no extra passcode once the phone is unlocked.)

If you're sending a message to an Android phone or an iPhone without iOS 10, the recipient won't see the desired effect, but rather a note such as "sent with Loud Effect."

You can send animated doodles (hit the heart icon) and handwritten notes (turn your screen horizontally), though recipients without compatible phones will see a static image.

Meanwhile, if someone sends you a link, you'll see a preview rather than a link, similar to how it appears on Facebook feeds.

The Messages app now has its own app store to get additional functionality, sometimes for a fee. Just hit the "A'' icon above the keyboard.

As you discuss dinner plans with friends, for instance, you can have OpenTable slide up from the bottom without leaving Messages. Suggest a few places and times so friends you're chatting with can vote. Make a reservation right from Messages.

Maps, meanwhile, adds support for restaurant reservations and ride-hailing services, such as Uber and Lyft. A new tab called "Ride" appears alongside "Drive," ''Walk" and "Transit."

The interface for Maps has improved. A prominent button for "Directions" appears once you type in a destination. You can slide the card up for basics such as phone numbers and Yelp reviews. This used to require an extra tap or two.

As you're traveling, you can tap on the bottom strip to find gas stations, restaurants and other businesses along your route. For drivers, there's now an option to avoid tolls, matching Google Maps.

The new Mail interface takes adjustment. The most recent messages are now at the bottom rather than the top. In the past, you chose messages in a thread individually. Now, it's a single stream — so be careful when replying to make sure it's going to the intended recipient.

And if an alarm goes off while you're using the phone, it appears as a notification up top rather than block what you were doing. Swipe the notification away to snooze, or pull down and hit "Stop" to get rid of it.

The Clock app's new Bedtime feature encourages you to go to bed and wake up at the same time each day.

The flashlight on the Control Center lets you adjust brightness if you have an iPhone 6S or 7. Just press hard on the icon. Other models don't have this 3D Touch capability.

And the Photos app has more options for searching and viewing highlights.