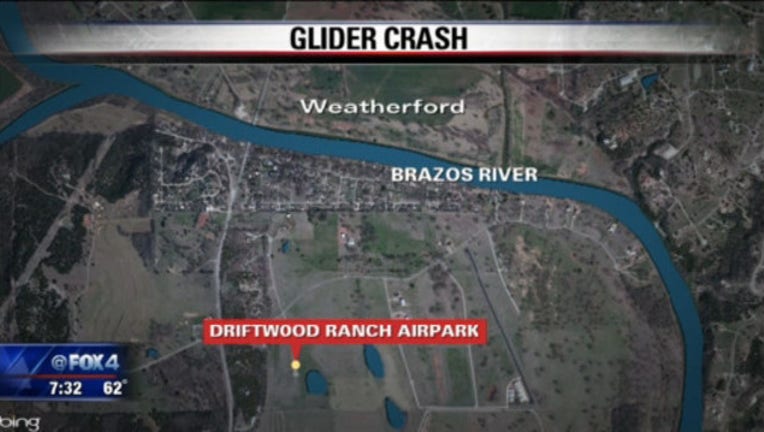 WEATHERFORD, Texas (AP) - Two men are hospitalized in serious condition after their glider crashed west of Fort Worth in Parker County.

The Texas Department of Public Safety says the plane went down early Saturday evening in a gated community south of Weatherford. The two men, identified only as a 47-year-old and a 34-year-old, are being treated at a hospital in Fort Worth.

Federal aviation officials will be investigating the crash.