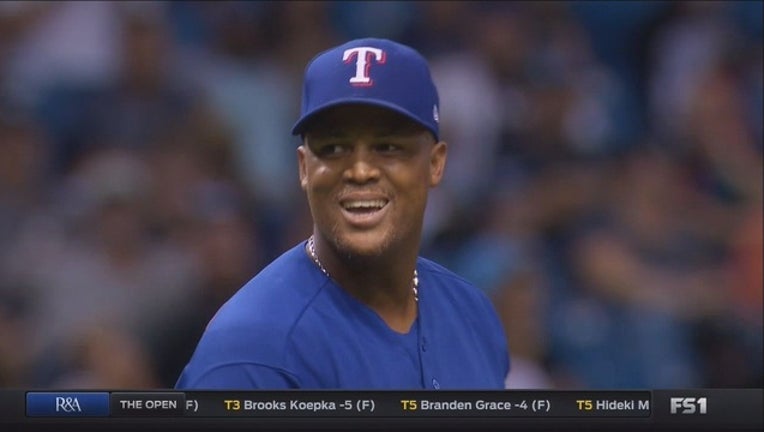 Elvis Andrus, who entered the series hitless in 16 at-bats, homered in his second consecutive three-hit game for the Rangers, who have won two straight following a five-game skid.

Andrew Cashner (5-8) gave up three runs and four hits over six innings. Alex Claudio, the third Rangers reliever, got four outs for his fourth save.

Claudio went two scoreless innings in Texas' 4-3, 10-inning win over the Rays Friday night to get his second win.