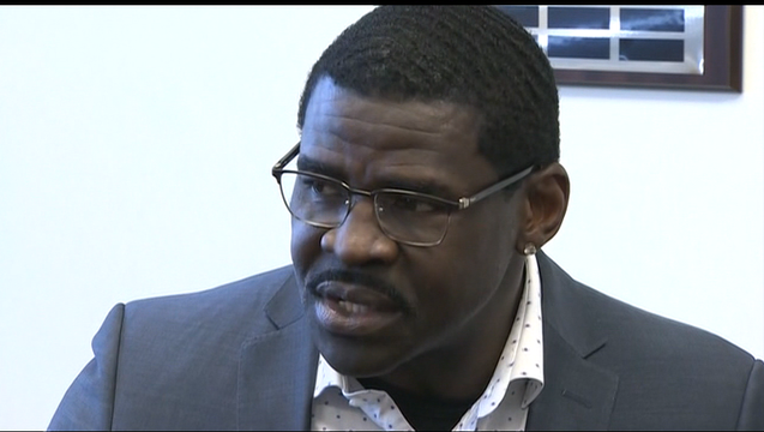 NFL Hall of Famer and former Dallas Cowboys player Michael Irvin and his lawyer are calling on the Florida state attorney to decline a sexual assault case against the football player.

The two spoke to reporters in Fort Lauderdale on Tuesday about the possibility of charges against the former wide receiver.

A 27-year-old woman claims she and Irvin drank at a bar and went back at his hotel room. She says she remembers having to fight him off.

Irvin didn't speak much during the news conference, but he did briefly defend himself.

In an April interview with FOX4’s Mike Doocy, Irvin described the night as an outing with family and friends.

Irvin maintains he was only in the hotel room with the woman for the time it took for him to shower and get dressed because he had to make a 6 a.m. flight.