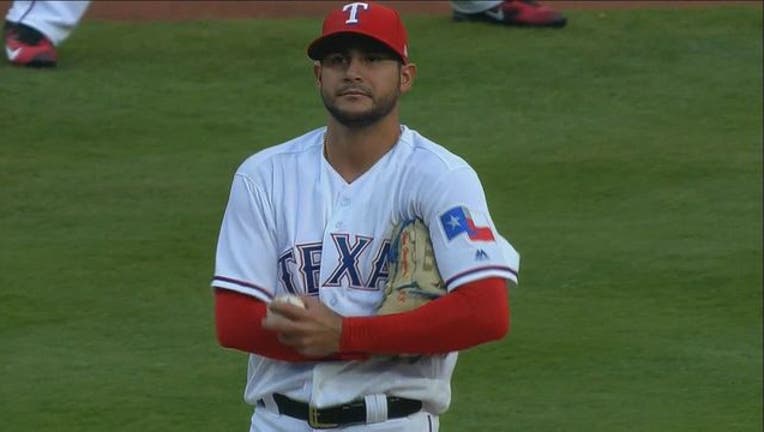 ARLINGTON, Texas (AP) - Carlos Santana led off with a home run, Carlos Carrasco struck out seven in his first start since breaking a bone in his right hand last season and the Cleveland Indians held on for a 4-3 victory over the Texas Rangers on Tuesday night.

Carrasco (1-0) missed the playoffs for the AL champion Indians after getting struck on his hand by a line drive Sept. 17, then had some elbow discomfort this spring. The right-hander limited Texas to two runs and had one walk on 78 pitches over 5 2/3 innings.

Cody Allen allowed consecutive doubles by Nomar Mazara and Mike Napoli starting a 25-pitch ninth inning before striking out Rougned Odor, pinch-hitter Jurickson Profar and Joey Gallo for his second save. Allen struck out the side in the opener around a triple by Elvis Andrus.