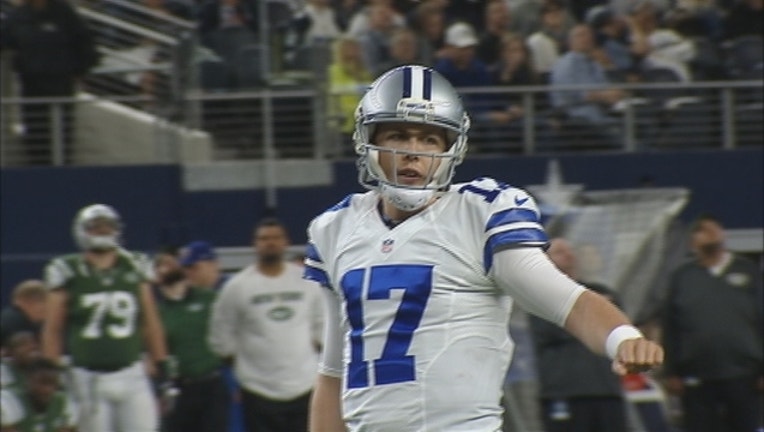 Before Moore broke his right ankle during the first week of training camp last year and missed the entire season, he had been expected to back up Tony Romo.

When Moore was hurt, rookie quarterback Dak Prescott got his chance after Romo got hurt in his first preseason game. Prescott, the fourth-round draft pick, became the starter and helped lead the Cowboys to the NFC East title.

The 27-year-old Moore started two games at the end of the 2015 season when Romo was sidelined by a broken collarbone. Moore has passed for 779 yards with four touchdowns and six interceptions in his three games.