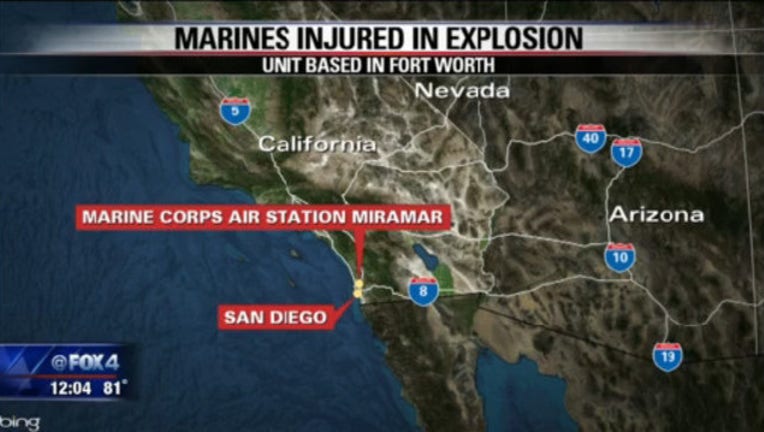 SAN DIEGO (AP) - Authorities say a sudden burst of fire at a Marine Corps air station has injured two Marines who were performing routine maintenance on a combat jet.

The Marine Corps says the fire erupted after 10 p.m. Sunday at Air Station Miramar in the San Diego area.

The Marines were being treated for severe burns at the regional burn center at UC San Diego Health. Their injuries initially were attributed to an explosion, but the Marine Corps later called it a "ground flash fire."

The Marines are from a reserve unit based in Fort Worth, Texas.

The fire is under investigation.

The Marine Corps did not release other details, including the identities of the Marines or damage caused by the fire.