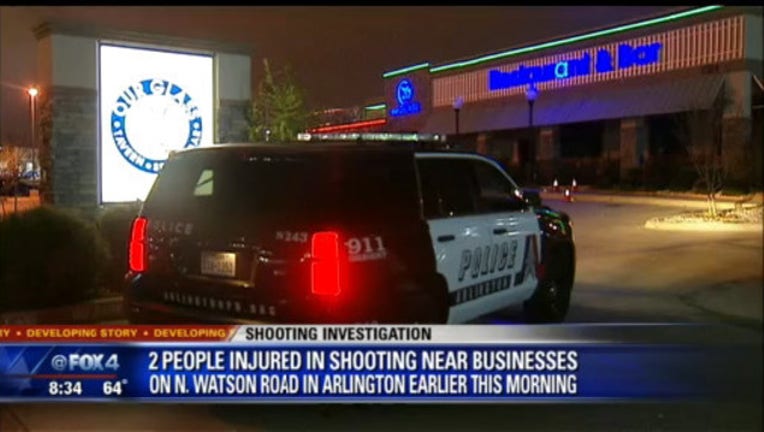 Arlington police are investigating an early morning shooting that may have five different crime scenes.

Police were notified of the crimes just after 4:00 a.m. Saturday. They happened outside of several businesses on North Watson Road, near Highway 360, Arlington police said.