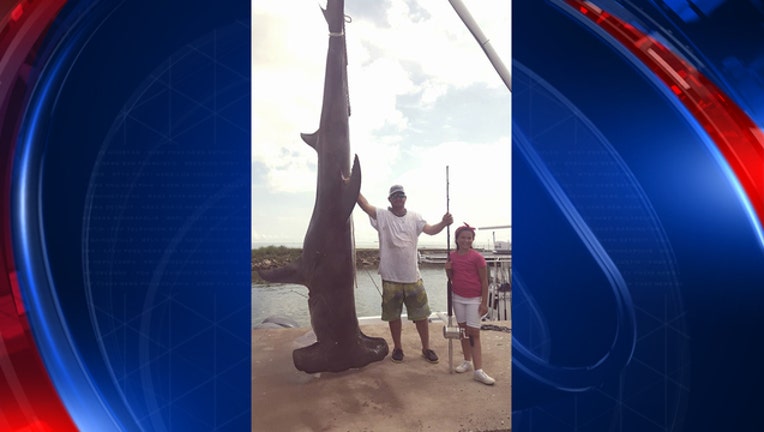 A man caught a 1,033 pound hammerhead shark in a Texas City fishing tournament on Sunday.

The fisherman, Tim McClellan broke a 30-year Texas record, according to a Facebook post by the Texas City Jaycees.

The catch landed McClellan first place in the 55th annual Tackle Time fishing tournament, which is a fundraiser for area schools and charities.

McClellan's catch broke a record from 1980, when a 871 pound hammerhead was caught.