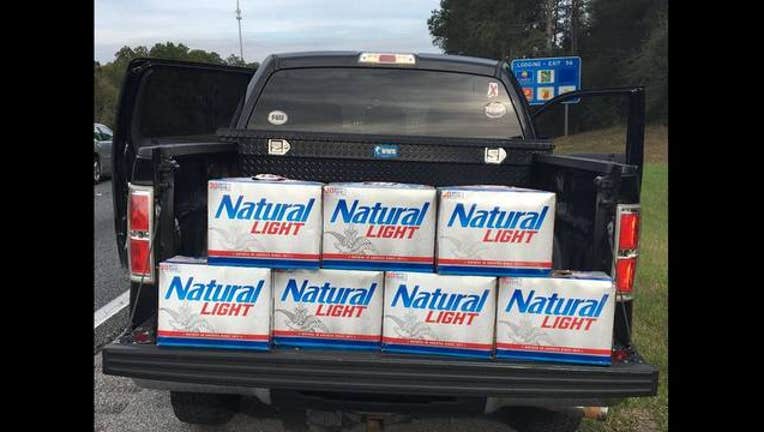 DESTIN (FOX 13) - A 19-year-old spring-breaker went to jail. The Okaloosa County Sheriff's Office explained why better than we ever could.

"If you're only 19 years old and heading to Spring Break in Destin with seven 30 pack cases of beer in your truck, marijuana in the center console, and an altered drivers license to make your age 24, you probably don't want to be speeding and driving recklessly on Interstate 10. Going to jail."

The sheriff's post on Facebook, dated March 17, summed up what they say happened after deputies pulled Alden F. Whiteside over.

Alden now faces charges of forgery and possession of a drivers license with an altered date of birth, underage possession of liquor and marijuana possession. He was given a $2,000 bond.

The sheriff's office posted in response to the tens of thousands of people who shared and reacted to its original Facebook post, saying the message needs to reach spring breakers everywhere.

"Our photo's already been viewed nearly nine-million times. We hope it reaches and convinces a multitude of Spring Breakers to make good choices! But not everyone's paying enough attention. Here's another photo from a party last night in Destin that ended with the arrests of four Spring Breakers (ages 18, 18, 19 & 20) in Destin for underage possession of alcohol. Zero Tolerance."