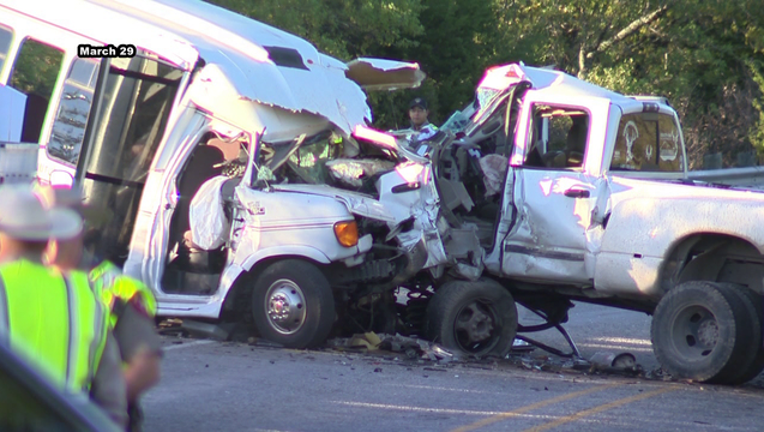 UVALDE, Texas (AP) - A 20-year-old man whose pickup collided with a church minibus last month in rural Texas, killing 13 people, told state troopers he had taken prescription medication before driving and had marijuana in his truck, according to court records.

The records obtained from Uvalde County showed a state trooper found two whole marijuana cigarettes and five partially smoked ones in Jack Dillon Young's truck after the March 29 crash that happened on a two-lane highway about 75 miles (120 kilometers) west of San Antonio, the San Antonio Express-News (http://bit.ly/2nBMgAb ) reported Tuesday. An affidavit from another state trooper seeking a blood test for a toxicology report said the trooper had probable cause to believe Young was intoxicated during the collision because the man told a trooper he had taken prescription medication earlier in the day, including clonazepam and the generic forms of Lexapro and Ambien.

A phone call to a number listed for Young's family went unanswered Tuesday. A message left by The Associated Press for the judge who signed the documents was not immediately returned.

No charges had been filed in the crash as of Tuesday. District Attorney Daniel Kindred has said it could be more than a month before the investigation file from the Department of Public Safety is forwarded to his office.

The collision took place near Garner State Park. The small church bus carrying 14 older congregants from the First Baptist Church of New Braunfels was returning from a retreat.

Officials from Uvalde and Real counties confirmed they had received phone calls about a white pickup truck driving erratically and crossing the highway shortly before the wreck. A couple who had been driving behind Young's pickup filmed his car crossing into the oncoming traffic lane and onto the shoulder.

The couple later confirmed they had called the county law enforcement officials and later 911 when the collision occurred. The man later told police and reporters, including the AP, that Young had told him he had been texting before the accident.

A National Transportation and Safety Board investigator said Young was not wearing his seatbelt, while most if not all of the 14 church bus occupants had been wearing theirs. Only one passenger in the back row of the bus survived the crash.

The NTSB investigation of the crash, which will include a likely cause and any safety recommendations for the future, could take up to a year to complete. Kindred and other officials said that report has no bearing on when or whether criminal charges are filed.