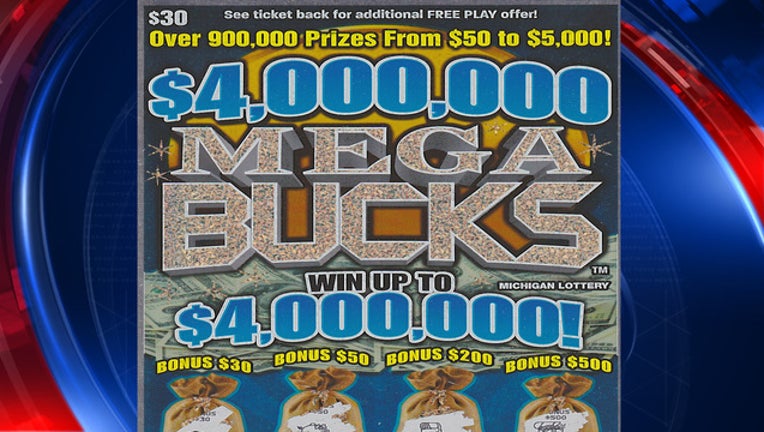 A Macomb County nurse said when she scratched off the ticket that made her a multi-millionaire, she let out a few choice words because she knew what was coming: not retirement, but she was going to scale back her hours.

The woman, who chose to remain anonymous, walked into the Sunoco gas station at 48990 Hayes Road in Macomb. She bought the ticket and couldn't wait to scratch it, so she did it right there in the store.

"I scratched the ticket in the store and I was floored," said the player. "I screamed a few choice words that got the clerk's attention and she asked what I'd won. She didn't believe me until she looked at the ticket herself."

She put the ticket away and then told her family, a few close friends, and then her boss.

"I've been a nurse for 28 years and I've always worked a lot of overtime at more than one job," said the player. "We've been really short staffed lately, so when I told my boss she was afraid that I was going to retire. I told her that I am not planning to retire, but I am cutting my hours back. I'm not sure I've ever worked just a 40-hour week, so working just 40 hours at one job will feel like retirement to me!"

Michigan teen who won lottery will give away most of $500,000 win

On Monday, the woman claimed her prize at Lottery headquarters and will receive a one-time lump payment of $2.5 million.

What's she going to do with all that money? Pay some bills, give some money to family, buy a new car, pay for her daughter's college tuition, and then invest what's still left over.

"Winning hasn't sunk in yet. I don't think I will believe it until I get an alert on my phone from the bank showing the huge balance in my account," the player said.