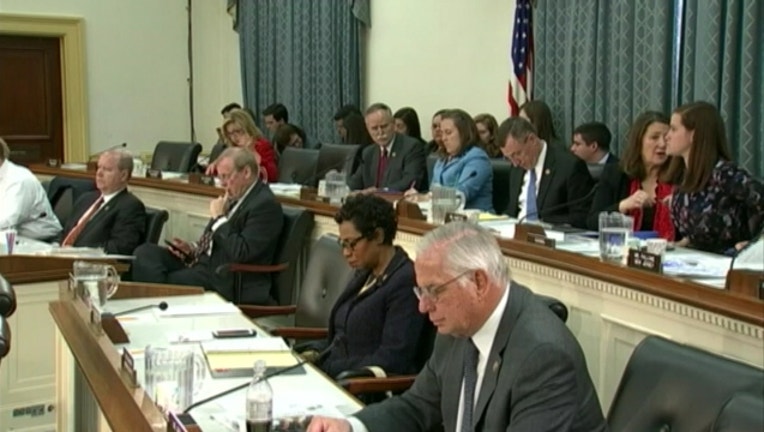 WASHINGTON (AP) - A respected moderate Republican lawmaker dealt a significant blow Tuesday to the languishing GOP health care bill, saying he opposes it even as House leaders seek support from holdouts in hopes of pushing the measure through the chamber this week.

Rep. Fred Upton, R-Mich., who until this year chaired the House Energy and Commerce Committee, said he was against the legislation. He said it would undermine insurance protections current law gives people with pre-existing illnesses, a view disputed by supporters of the legislation.

The bill is a top priority for President Donald Trump and House Speaker Paul Ryan, R-Wis., since it embodies a long-standing GOP pledge to annul much of former President Barack Obama's health care law.

Upton's defection is important because at a moment when every vote counts, opposition by the 16-term House veteran could make it easier for other uneasy moderates to vote no. So far, GOP leaders are short of the 216 votes they will need to prevail, and despite White House prodding have said a vote will occur only once they can succeed.

Trump and Ryan are trying to resurrect a revised version of the bill that collapsed in March. They hope to send it to the Senate before a weeklong House recess slated to begin this weekend.

Upton told The Associated Press on Tuesday that the bill's treatment of people with pre-existing illnesses "does not fit" with comments Trump made in an interview last weekend. The president said "Pre-existing conditions are in the bill."

"Can there be a fix? Maybe, but it is not part of the equation before us," Upton said.

In a radio interview earlier Tuesday on "WHTC Morning News" in Holland, Michigan, Upton made similar remarks and said "a good number of us have raised real red flag concerns" about the bill to leaders.

The legislation would lose if 22 Republicans vote no, assuming all Democrats vote against it.

Under Obama's 2010 law, insurers may not charge seriously ill customers higher premiums than healthy ones.

But states can obtain federal waivers letting insurers raise premiums on people with pre-existing illnesses, though only if the customer has let their coverage lapse during the previous year. The state must also have a high-risk pool or another mechanism to help such people afford a policy.

Supporters of the GOP legislation say it protects people with pre-existing conditions and that the exclusion would affect only a small proportion of them.

Opponents say it diminishes their protections by letting insurers charge unaffordable prices. They also say high-risk pools have a mixed record of effectiveness, often because the government money provided to finance them proves inadequate.