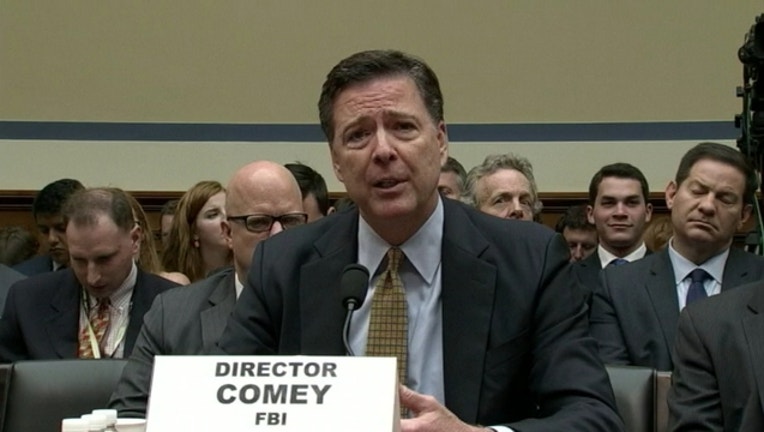 WASHINGTON (AP) - The FBI on Tuesday corrected the sworn testimony of Director James Comey, who last week told Congress that a top aide to Hillary Clinton had sent "hundreds and thousands" of emails to her husband's laptop, including some with classified information.

In fact, the FBI said in a two-page letter to the Senate Judiciary Committee, only "a small number" of the thousands of emails found on the laptop had been forwarded there while most had simply been backed up from electronic devices. Most of the email chains on the laptop containing classified information were not the result of forwarding, the FBI said.

The apparent misstatements came during an hours-long hearing in which Comey was criticized for public comments during the election season, including his assertion during a July news conference at FBI headquarters that Clinton and her aides had been "extremely careless" in their handling of classified information.

He spoke at length at that hearing about Huma Abedin, a top Clinton aide, as he defended his decision to alert Congress 11 days before the election about the discovery of thousands of emails on a laptop belonging to former Rep. Anthony Weiner. The congressman, whose laptop was searched by the FBI as part of a sexting investigation, and Abedin separated last year.

Comey said he felt compelled to tell Congress that agents would need to take the time to review those emails, especially since he had already testified that the FBI had closed its investigation into Clinton's use of a private email server.

He said Abedin had a "regular practice" of forwarding emails to the laptop to be printed out for Clinton, saying at one point that "hundreds and thousands" had been forwarded, including some containing classified information.

"My understanding is that his role would be to print them out as a matter of convenience," Comey said.

But in a letter Tuesday, the FBI said most of the emails found on the laptop "occurred as a result of backup electronic devices." Ten email chains on the laptop were as a result of "backup activity," according to the FBI's letter, and an additional two had been forwarded.

The letter does not say how the misstatements occurred.

Comey said the FBI had concluded that neither Weiner nor Abedin had committed a crime in their handling of email.

With respect to Abedin, he said, "we didn't have any indication that she had a sense that what she was doing was in violation of the law. Couldn't prove any sort of criminal intent."