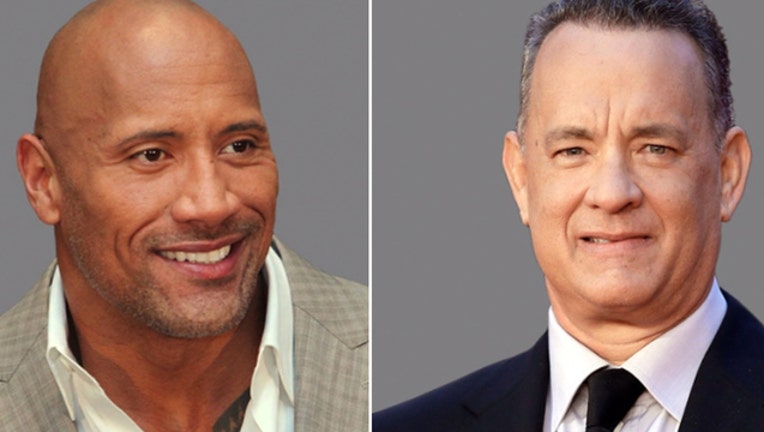 NEW YORK - Dwayne Johnson is "officially" running for president, and he used his monologue as the host of the "Saturday Night Live" season finale over the weekend to sharing the big news.

Joined on stage by Alec Baldwin – who just finished playing Trump in the show's cold open – the 17-time host welcomed Johnson into SNL's Five Timer's Club with one of the iconic smoking jackets, and the action star celebrated by announcing his candidacy -- and even chose a running mate, Tom Hanks.

Hanks walked out, rocking a Five Timers Club smoking jacket as well, and graciously accepted the appointment, leaving Baldwin dejected. Johnson and Hanks quickly got down to brass tacks to discuss their political platform and why they'd be good candidates.

Hanks explained how, together, they would be 100 percent of the vote, because he would bring in the senior citizen vote – since he fought in World War II "in like 10 different movies" – while Johnson said he'd get the minority vote because "everyone just assumes that I'm whatever they are." The pair finally solidified their campaign by unfurling a massive "Johnson Hanks 2020" banner amid a rain of red, white and blue confetti.