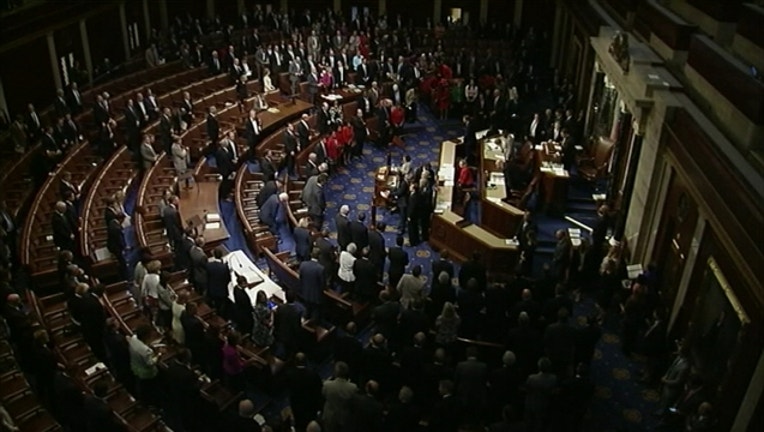 WASHINGTON (AP) - A powerful conservative backlash threatened to sink the new Republican health care bill less than 24 hours after its launch, even as President Donald Trump and congressional leaders began trying to sell the legislation as the long-promised GOP cure for "Obamacare. "

But major obstacles loomed as key Republican lawmakers announced their opposition, and one conservative group after another released statements torching the plan. The Club for Growth, Heritage Action for America, Americans for Prosperity and Tea Party Patriots variously derided the new bill as Obamacare Lite, Obamacare 2.0 and even RyanCare, in a dig at House Speaker Paul Ryan of Wisconsin.

The concerted conservative opposition is a remarkable rebuke to legislation GOP leaders hope will fulfill seven years of promises to repeal and replace Barack Obama's Affordable Care Act, pledges that played out in countless Republican campaigns for House and Senate as well as last year's race for president. Instead, the groups that are uniting to oppose the new House legislation include many of those that sprang up to oppose passage of "Obamacare" in the first place.

"As the bill stands today, it is Obamacare 2.0," the billionaire Koch Brothers'-backed Americans for Prosperity and FreedomWorks groups said in a statement. "Passing it would be making the same mistake that President Obama, Harry Reid and Nancy Pelosi made in 2010. Millions of Americans would never see the improvements in care they were promised, just as Obamacare failed to deliver on its promises."

Republicans are intent on reducing the role of government in health care.

The new GOP plan would repeal the current law's unpopular fines on people who don't carry health insurance. It also would replace income-based subsidies, which the law provides to help millions of Americans pay premiums, with age-based tax credits that may be skimpier for people with low incomes. Those payments would phase out for higher-earning people.

The Republican legislation would limit future federal funding for Medicaid, which covers low-income people, about 1 in 5 Americans. And it would loosen rules that Obama's law imposed for health plans directly purchased by individuals, while also scaling back subsidies.

Democrats say the bill would leave many people uninsured, shifting costs to states and hospital systems that act as providers of last resort. The bill also adds up to big tax cuts for the rich, cutting more than 20 taxes enacted under Obama's heath law with the bulk of the savings going to the wealthiest Americans.

Republicans are pushing forward even without official estimates from the Congressional Budget Office on the cost of the bill and how many people would be covered, although GOP lawmakers acknowledge they can't hope to match the 20 million Americans covered under Obamacare.

Conservatives are focusing on a new system of refundable tax credits they denounce as a costly new entitlement, and they demand a vote on a straightforward repeal-only bill.

Committee votes on the new bill are to begin Wednesday in the House, and GOP leaders hope to push it through the Senate as well soon thereafter. But key lawmakers are already questioning whether that will be possible.

"I am going to be very anxious to hear how we get to 51 votes and how the House gets to 218," said GOP Sen. Roy Blunt of Missouri, citing the majority figures needed for passage in each chamber.

As the conservative opposition mounted, Health and Human Services Secretary Tom Price appeared in the White House briefing room to defend the bill. He stood next to a small table with a copy of the new bill, weighing in at 123 pages, next to the original Obamacare legislation, many times that size. Republicans frequently criticized the Affordable Care Act as overly lengthy and take pride in the fact that their bill is much shorter.

Ryan also planned a news conference with key committee chairmen to boost the legislation. But it was unclear whether the united front by GOP leaders would sway conservatives who want to see Obamacare completely annihilated and believe the GOP plan doesn't go far enough.

Sens. Rand Paul of Kentucky and Mike Lee of Utah announced opposition to the plan in the Senate, while in the House, the Freedom Caucus, which commands enough votes to take down the bill, scheduled a news conference to denounce the legislation.