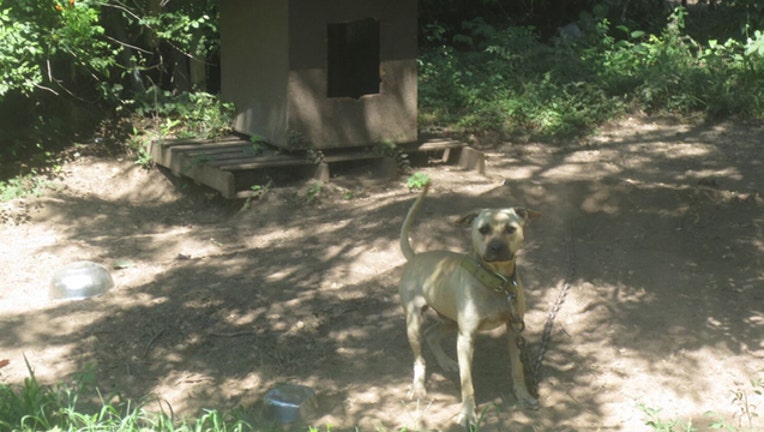 Dallas Police Narcotics SWAT officers found the dogs and paraphernalia while on another assignment and contacted the SPCA.

The dogs were either chained to car axles sunk into the ground with heavy tow chains or in pens on the property. Officials said there was visible scarring on the animals' heads, chests and legs and some of them did not have access to water.

The SPCA took the animals to a secure location to give them medical treatment and care until the custody hearing happens on Friday, July 21.

The Animal Cruelty Unit and SPCA expect to issue arrest warrants for state jail felonies and class A misdemeanors for dog fighting and ownership of paraphernalia.