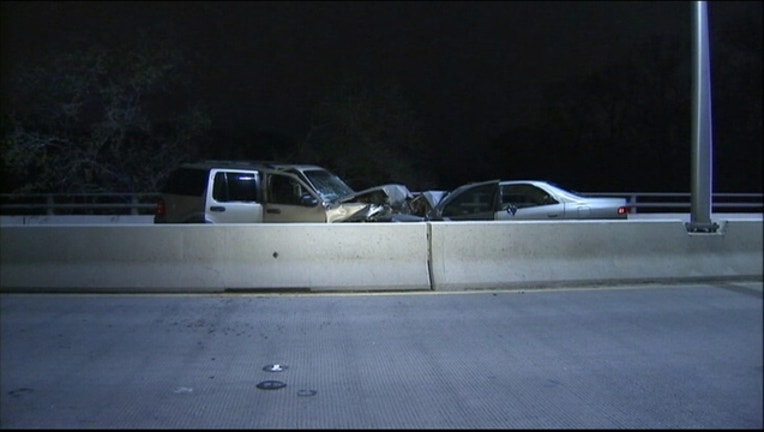 DALLAS, Texas - Two drivers died after a head-on collision on a bridge over the Trinity River in Dallas.

It happened just after midnight Monday. An SUV crossed into oncoming traffic and hit a car on the Cedar Crest Bridge in east Oak Cliff.

Police said neither driver tried to stop. Both died at the scene.

The bridge was closed for more than two hours while police investigated.