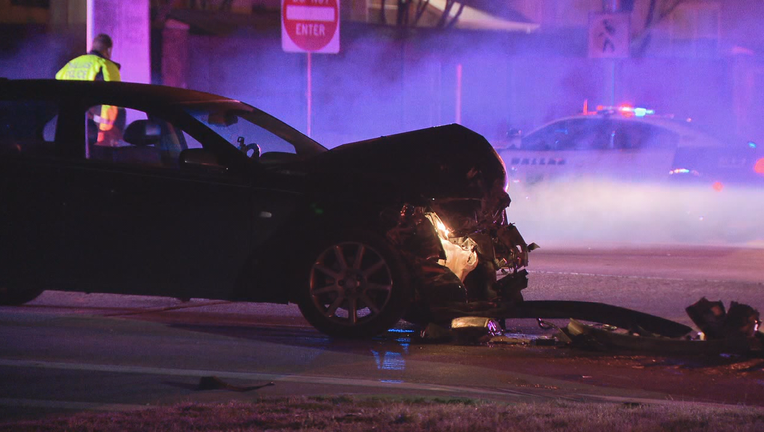 DALLAS - One person was critically injured in a crash police believe was caused by a drunken driver overnight. Two others were then arrested in a related police chase.

Police said the driver of a Cadillac ran a red light and hit an SUV on Midway Road at the President George Bush Turnpike in northwest Dallas around 12:30 a.m. Thursday.

The adult male driver of the SUV was taken to the hospital in critical condition.

The driver of the Cadillac was not hurt and refused to take a field sobriety test. He could face intoxication assault charges.

While police were at the crash site, another car drove the wrong way on Midway Road to avoid the barricades. That driver sped off when police tried to stop him.

Officers chased the car to an apartment complex in a portion of Dallas in Denton County. The driver hit a dead end and stopped.

Two people in the car were arrested. Police said officers then found drugs in the car.

The men will face charges related to the drugs and the chase.