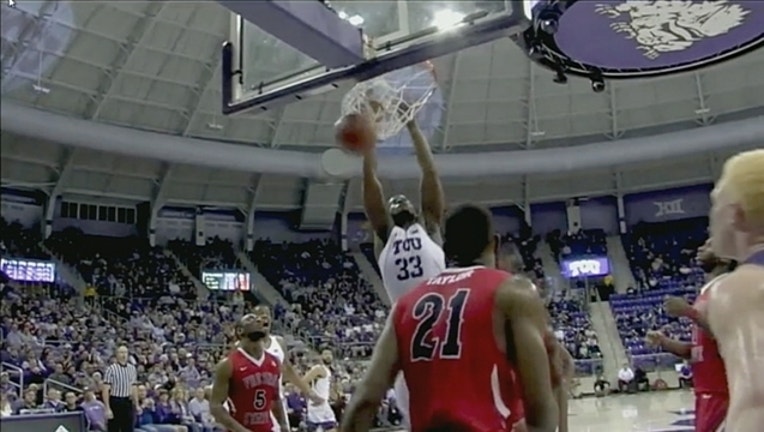 In the second round, TCU, a No. 4 seed, will play the winner of South Dakota and Iowa.

Deshon Taylor scored 13 points and Jaron Hopkins 12 for the fifth-seeded Bulldogs (20-13), who missed four shots in the last 18 seconds.

Robinson scored eight points in a 15-4 run that snapped the game's final tie and gave TCU a 62-51 lead with 3½ minutes left, enough cushion for down the stretch.

Houston led by as many as 12 points in the first half before the Bulldogs rallied to take its only lead at 43-42 with 11:49 remaining in the game.