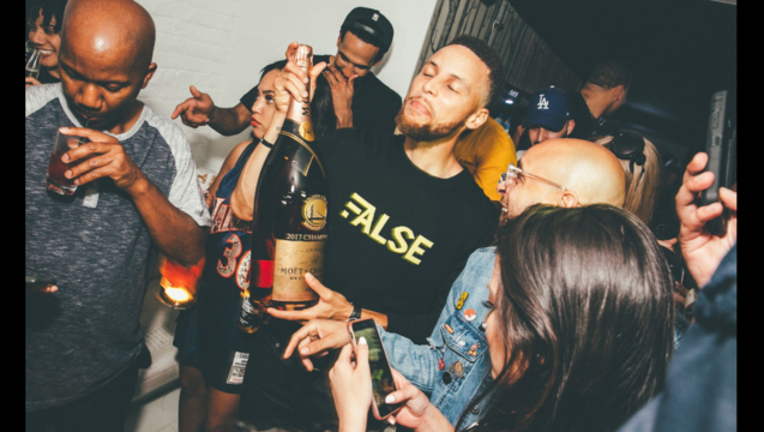 OAKLAND, Calif. (Lisa Fernandez/KTVU) - Despite some tweets that the Golden State Warriors won't go to the White House if invited to celebrate the team's championship Monday night against the Cleveland Cavaliers, a spokesman for the NBA champs on Tuesday told KTVU no decision has been made.

In a text, Warriors spokesman Raymond Ridder wrote, "We have not yet been invited to the White House. Right now is about celebrating our championship. We will make those decisions if and when invited."

A few on Twitter on Twitter, including a CNBC host, however, said the team voted unanimously not to visit Donald Trump if he asks.

Coach Steve Kerr and Warriors' point guard Steph Curry have been vocal about their disdain for Trump.

Right after the 2016 November election, Kerr used a news conference to talk about Trump, saying as a candidate he has "routinely used misogynistic, racist and insulting words."

In February, Curry, in an interview with the Mercury News, referred to Trump as an "ass." Curry didn't exactly call Trump that, but after Under Armour CEO Kevin Plank called Trump an asset, Curry told the newspaper: “I agree with that description,” Curry said, “if you remove the ‘et’” from asset.

It's not like the Warriors haven't been to the White House before. Last year, the Warriors celebrated with President Obama in a touching and humorous ceremony, after beating the Cavs for the first time in 2015.