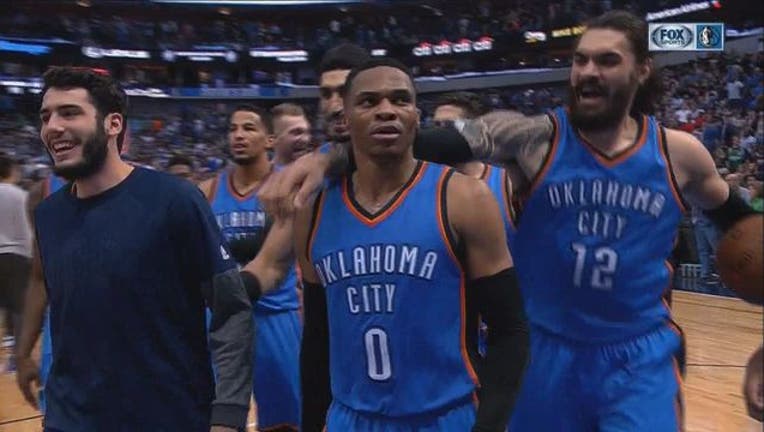 Westbrook scored 37 points, including 16 in the fourth quarter, with 13 rebounds and 10 assists for his third straight triple-double and 37th of the season.

The Thunder finished on a 14-0 run, capped when they gained possession on a replay reversal with 13 seconds to go and Westbrook hit the decisive shot from just beyond the free throw line over Wesley Matthews. Westbrook scored 12 of the final 14 points.

Dallas didn't call a timeout, and Harrison Barnes missed a long 3-pointer just before the buzzer, clinching the first losing season for the Mavericks (31-42) since 1999-2000, the season that owner Mark Cuban bought the team with Dirk Nowitzki in his second year.