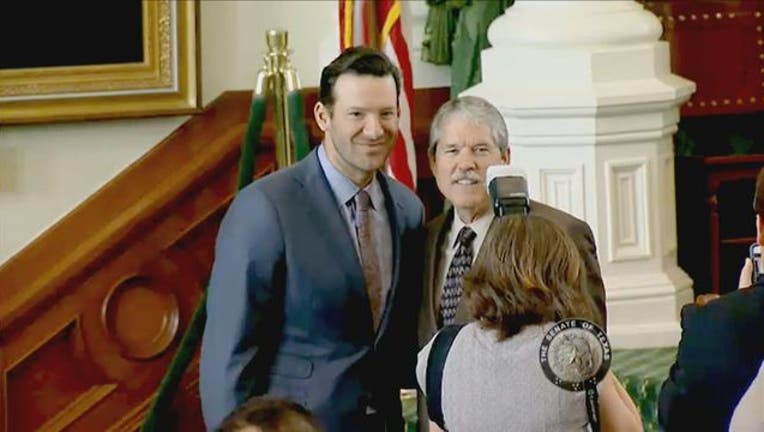 Romo appeared Wednesday before the Texas House, which halted work so lawmakers could take photos with him. Romo was also appearing before the state Senate.

Romo recently retired to become a CBS game analyst, and Raymond says he thinks Romo will be better TV commentator than any ex-player - even fellow ex-Cowboy quarterback Troy Aikman.

Romo was born in California, grew up in Wisconsin and played college football in Illinois. He played for the Cowboys from 2003 to 2016.