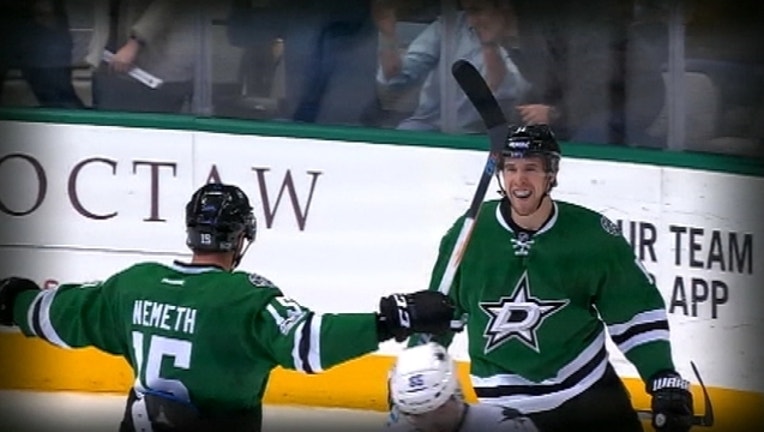 DALLAS (AP) - Kari Lehtonen made 30 saves for his 36th career shutout and second this season as the Dallas Stars edged the San Jose Sharks 1-0 on Monday night.

Curtis McKenzie scored his fifth goal on a tip-in from the slot that beat Sharks goalie Aaron Dell in the second period.

Adam Cracknell took the shot from the left point. Jiri Hudler also assisted on the goal.

Pacific Division leader San Jose (42-23-7) lost a third straight game for only the second time this season. Dallas (29-33-10) is barely alive in the playoff race with 10 games remaining.

Lehtonen's other shutout this season was a 3-0 win Dec. 3 at Colorado.